Former Minister of Aviation, Osita Chidoka, has lambasted Minister of Transportation, Rotimi Amaechi, over his claim that former president, Goodluck Jonathan, did not leave money in the treasury enough to sustain the country for three weeks. 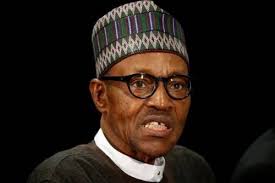 In the statement titled, “Gov. Amaechi’s Statement on 2015 Foreign Reserve: Setting the Records Straight,” Chidoka said he was surprised and disappointed at comments made by the minister.

Recall that Amaechi made the allegation on a television programme, where he stated: “As former chairman of the governors’ forum, I was told by the security in a meeting chaired by the former President, including the former minister of finance, that at every point in time, the government must leave money behind in case Nigeria goes to war that would last for six months. By the time we came, they didn’t leave money behind that could last us for three weeks. And I was speaking at that time as the chairman of the governors’ forum.”

However, in his reaction, Chidoka who was also Corps Marshal of the Federal Road Safety Corps (FRSC), maintained in a statement Tuesday that Jonathan handed over a $550 billion economy and a stable exchange rate of N199 to $1 at the end of his five years in office.

The former aviation minister pointed out that the Jonathan administration left a foreign reserve of $28.6 billion, saying, “The Minister’s comment is rather unfortunate and not supported by facts readily available in the public domain. He also pointed out that the administration handed over to President Muhammadu Buhari $5.6 billion Nigeria Liquified Natural Gas (LNG) Ltd dividends and a 2015 budget of over N4 trillion, along with a total of $2.2 billion in the Excess Crude Account.

He reminded Amaechi that he did not become a minister until six months after Jonathan left office, which he said made it necessary to provide the former Rivers governor with the facts. “As a member of the Federal Executive Council that handed over to the current administration, I am disturbed that this urban myth of ‘empty treasury’ is still the subject of conversation by a senior government member”, he stated.

The former aviation minister also pointed out that Jonathan handed over a $550 billion economy and a stable exchange rate of N199 to $1 at the end of his five years in office. According to him, “In the five years of President Jonathan, Direct Foreign Investment stood at about $35.25bn. You can compare this to the $11.55bn Dollars Direct Foreign Investment received from 2016 to 2020”.

He urged Amaechi and his ruling All Progressive Congress (APC) to redeem their image by signing the Electoral Act (amendment) Bill into law.