The Nigerian Army’s ‘Operation Whirl Punch’ says it has killed scores of armed bandits in a location off the Kaduna-Abuja highway. 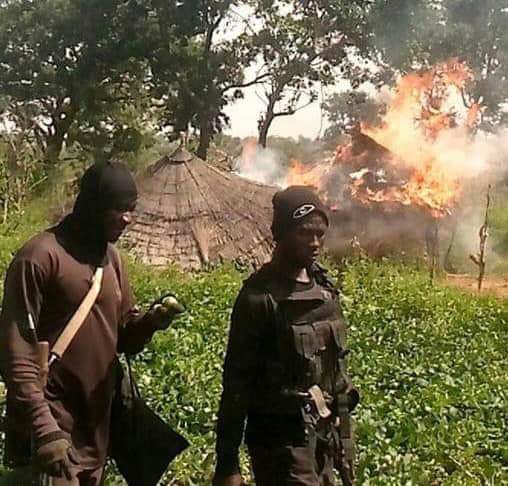 In an issued statement by the Commissioner for Internal Security and Home Affairs, Samuel Aruwan, said, “The troops, acting on credible intelligence, carried out aggressive fighting patrols to the Abasiya-Amale area, situated east of Polewire, in Kachia LGA, where they engaged the bandits.

The statement noted that in a fierce battle, the troops overpowered the bandits and subsequently destroyed their hideouts. “Troops are still combing the general area at the time of this update, while the corpses of two neutralised bandits have been recovered”, it stated.

However, it said the following items were also recovered during the operation: one AK-47 rifle, two magazines carrying 38 rounds of ammunition and one cell phone. “There are strong indications that some bandits escaped with life-threatening injuries and might be seeking medical assistance in the general area”, it added.

To this end, locals are warned to refrain from rendering any assistance to questionable elements, and should instead report such matters to the following numbers: 09034000060, 08170189999.

In another recorded breakthrough against the bandits, troops of ‘Operation Forest Sanity’ responded to reports of an attack around Dende-Buruku Junction, along the Damba-Dende-Buruku Road, in Chikun LGA. “The troops mobilised to the location and made contact with bandits at Rafin Kaura. The bandits fled from the advancing troops, who then rescued two victims who had been kidnapped in transit: Amina Kasim and Yunusa Usman”, the statement said.

The rescued victims have been linked up with vehicles conveying them to their original destinations. The troops subsequently cleared the bandit camps in the general area.

The State governor, Nasir el-Rufa’i, who received the operational feedback with gratitude, commended the officers and men of the Armed Forces and other agencies under the leadership of GOC-1 Division, Major-Gen. TA Lagbaja, presently pursuing the onslaught against bandits and terrorist elements”.