Following the recent bandit attack in Kaduna, President Muhammadu Buhari has received a security briefing from the governor of the State, Nasir el-Rufa’i. 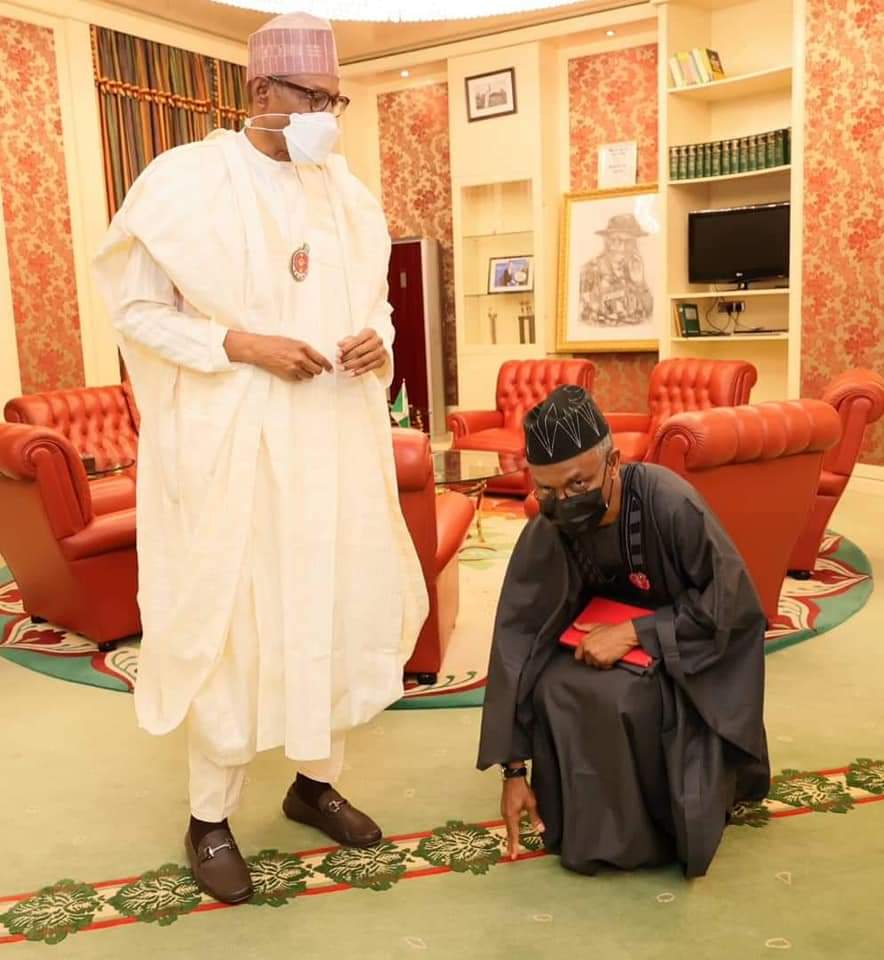 The governor was yesterday accompanied to the State House by his Commissioner for Internal Security and Home Affairs, Samuel Aruwan,

Recall that gunmen had over the weekend attacked Kauran-Fawa, Marke and Riheya villages in Idasu, Giwa LGA. The attackers had destroyed properties and set ablaze farm produce and vehicles.

While condemning the attack, President Buhari had reiterated his directive to security and intelligence chiefs to do everything to destroy the bandits.

Giving an update on the situation yesterday, Aruwan said the death toll had risen to 40.