Mai-Masa, a 60-year-old widow, who sells the spongy rice cake delicacy at Signboard, Unguwan-Dosa Junction, Kaduna, had paid N100,000 as presumptive tax in 2020. 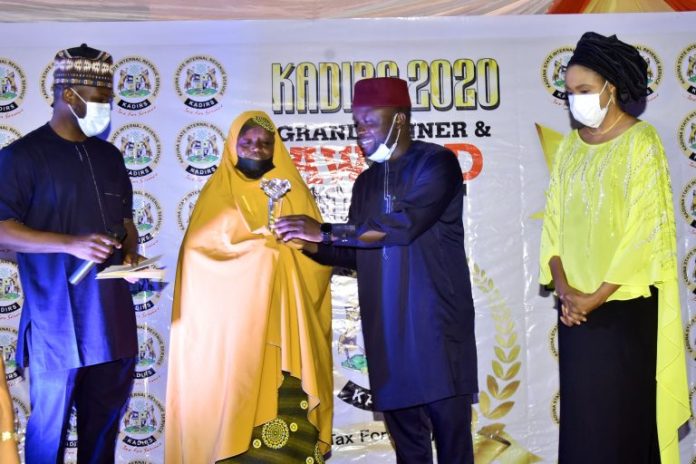 The waina seller was among the 23 taxpayers, revenue-generating agencies, and other officials that were honoured by KADIRS at its 2020 Grand Dinner and Award Night on Friday, in Kaduna.

The KADIRS Executive Chairman, Zaid Abubakar, explained that Mai-Masa’s business falls under the presumptive tax in the informal sector and is required to pay N50,000 by law.

“The highest tax any micro-business owner ever paid in the state was N50,000, but she decided to pay N100,000 voluntarily.

“This is worthy of recognition and an encouragement for other micro-business owners to emulate and join other voluntary taxpayers in performing their civic duty of paying tax as and when due”, he said.

The KADIRS chairman explained that the essence of the award was to motivate taxpayers in the state to continue to pay taxes voluntarily as and when due.

He added that the initiative, the second in the series, was to encourage staff of KADIRS to rededicate themselves to duty and make the needed sacrifice in meeting the mandate of the agency.

The State governor, Nasir el-Rufa’i got the ‘Most Voluntary Compliance’ award and ‘Lifetime Achievement’ award, while the ‘Most Efficient Filing, Direct Assessment, (DA) award went to Alh. Baba Abubakar.