Governor Aminu Masari of Katsina State has kicked against dialogue with armed bandits operating in the state and other North-West States. 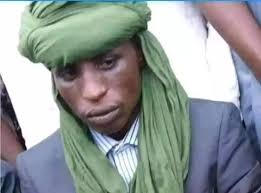 Governor Masari, who spoke in an interview with DW Hausa Radio, was reacting to a controversial letter by a notorious bandit, Bello Turji, seeking dialogue with the government.

Recall that Turji wrote an open letter to President Muhammadu Buhari, Zamfara State Governor, Bello Matawalle, and the Emir of Shinkafi seeking dialogue and a ceasefire.

Some experts had argued that the letter by Turji was a ploy to stop air strikes and military operations against his fighters. Turji, alongside Halilu Sububu and other terror leaders, have carried out fatal attacks on Eastern Sokoto and Northern Zamfara States.

Governor Masari, who had engaged in dialogue with bandits in the past, said the time for a peace accord has passed.

Although the letter was not addressed to him, the Katsina governor said Turji was not sincere in his letter. “Dialogue? With who? Who is he to talk of dialogue or ceasefire. He is a liar. He can’t tell us about peace accord and dialogue. To sit and discuss peace accord with who? In what capacity is he speaking and even calling for dialogue?” Governor Masari queried about Turji’s letter.

Turji’s terror group is one of the several operating in the North-west and North-central states.

The groups, operating as bandits, attack communities at will, killing and kidnapping residents. Over a thousand people are believed to have been killed by such groups this year.

Their activities have continued despite the heavy deployment of security operatives to the area.