The Nigerian Meteorological Agency, (NiMet), says the northern part of the country is experiencing its peak of the rainy season and this will be characterised by flashes of floods. 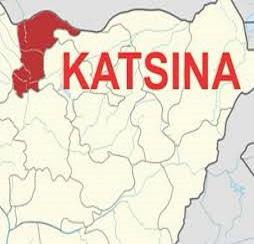 The NiMet Director-General/CEO, Prof. Mansur Bako Matazu, disclosed this in an event in Abuja at the sideline of the Global Challenge Research Fund (GCRF)-African Swift Workshop on the pre-tested 3 users and co-production, organised by NIMET, and SWIFT.

The theme of the workshop was: “Evaluation And Improvement of 0-6 hour and short term forecasts (nowcasting, forecasting and synoptic forecasting) with users for better decision making”.

“We have previously predicted between July and September 2021, there will be an intensity of the rain and enhancement of soil moisture, we will have a lot of overland flow leading to flash floods or riverine foods. The climate change events is also helping to induce and increase the intensity of extreme weather events”, he said.

“For instance, recently in Katsina State, in our stations we witnessed 100mm of rain in just a single day; it has never happened in over 100 years. It shows that these extreme events are being driven by climate change,” he noted.

According to Matazu, “The average rain is usually not more than 30mm in a day. This is 1/3 of the annual rainfall in Nguru and 1/6 of rain that Katsina receives in an annum that it received in a day. This tends to lead to high flash floods, erosion, and segment generation, which now causes siltation in the rivers and also affecting supplies”.

Speaking on the possibility of floods in the North he said: “Weather moves in zones and Zone C, categorised into C1, C2, C3, is lying over the northern part of the country. This is why we have a lot of rain in the North right now.

“We have been witnessing a lot of rain in Katsina, Bauchi, Kano, Kaduna, Abuja, Niger and other parts of the North. Most of the northern states are receiving their peak rain now. We are more vulnerable in the North now”, he emphasised.