…Says security forces must do more

President Muhammadu Buhari has expressed sadness over the killing of 63 vigilante members by terrorists in Kebbi State, saying security forces must do more. 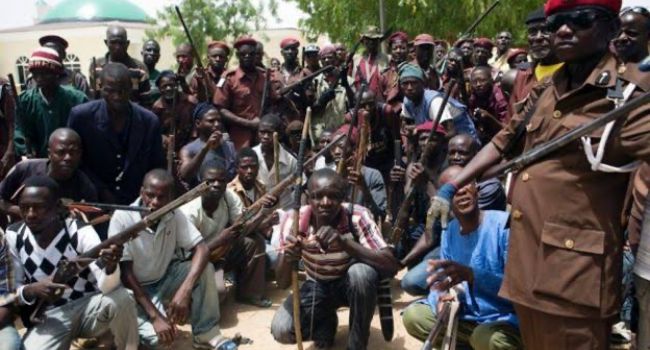 He described the killing as “the brutal murder of tens of vigilante members in Kebbi State by bandits, who ambushed them in the Sakaba/Wassagu local government area”.

President Buhari, according to a statement issued by his spokesman, Garba Shehu, “this egregious level of criminality is shocking; I want to assure Nigerians that I will do all it takes to tackle this monster decisively.

“My greatest pre-occupation is the threat to life posed by these murderous gangs and remorseless outlaws, who have no slightest regard for the sanctity of life.

“While extending my sympathy to the families of the victims of this savagery, let me use this opportunity to also call on our security forces to be more pro-active and redouble their efforts in order to frustrate the operational plans of the terrorists before they even launch attacks”, the President stated.