The Organisation of the Petroleum Exporting Countries, (OPEC), has voted for Kuwait’s candidate, Haitham al-Ghais as the cartel’s next Secretary-General, to replace Nigerian Mohammad Barkindo in July, according to Reuters news agency. 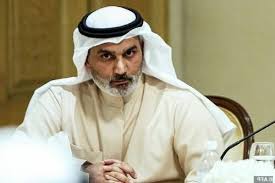 The new Secretary-General will have to balance OPEC revenue needs against pressures from the United States to pump more oil to help to meet demand as it recovers from the Covid-19 pandemic.

“He knows OPEC inside and out,” according to the chairman of consultant JBC Energy Group in Vienna, Johannes Benigni, adding that, “At the same time, he knows the ins and outs of the market. He’s very smart and a good analyst”.

Barkindo, who is due to step down by end of July, took OPEC’s top job in mid-2016 and was granted a second three-year term in 2019.

Kuwait, Saudi Arabia and the United Arab Emirates (UAE) are some of the closest U.S. allies in the Middle East.