Lagos, Delta, Kaduna and Ogun States topped the 2020 Internal Generated Revenue (IGR) chart in the country, a report released by the National Bureau of Statistics (NBS) has shown.

The NBS disclosed this on Friday, in its “Internally Generated Revenue At State Level” report for the fourth quarter and full-year 2020 published on its website. 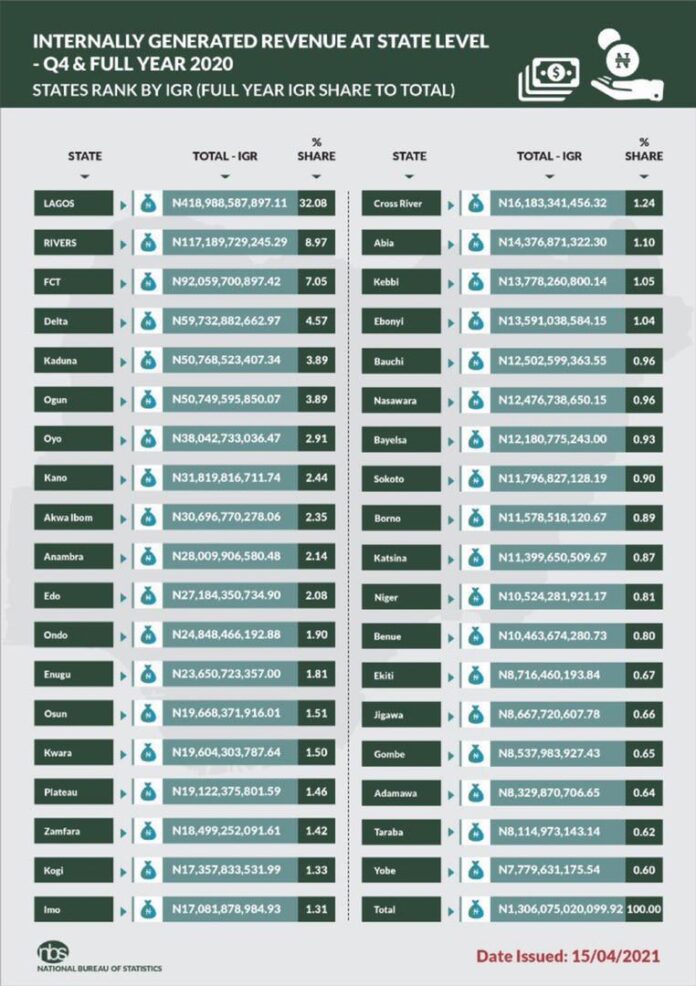 In its release, the NBS submitted that 36 States and the Federal Capital Territory (FCT) generated N1.31 trillion as IGR in 2020, compared to N1.33 trillion recorded in 2019, which indicates a negative growth of -1.93 percent year on year.

Explaining the criterion used to arrive at this data, NBS said states IGR data was computed by the NBS and the Joint Tax Board (JTB) from official records and submissions by the 36 State Boards of Internal Revenue.