Five female students spotted in a viral video proudly smoking shisha have been identified and suspended from school. 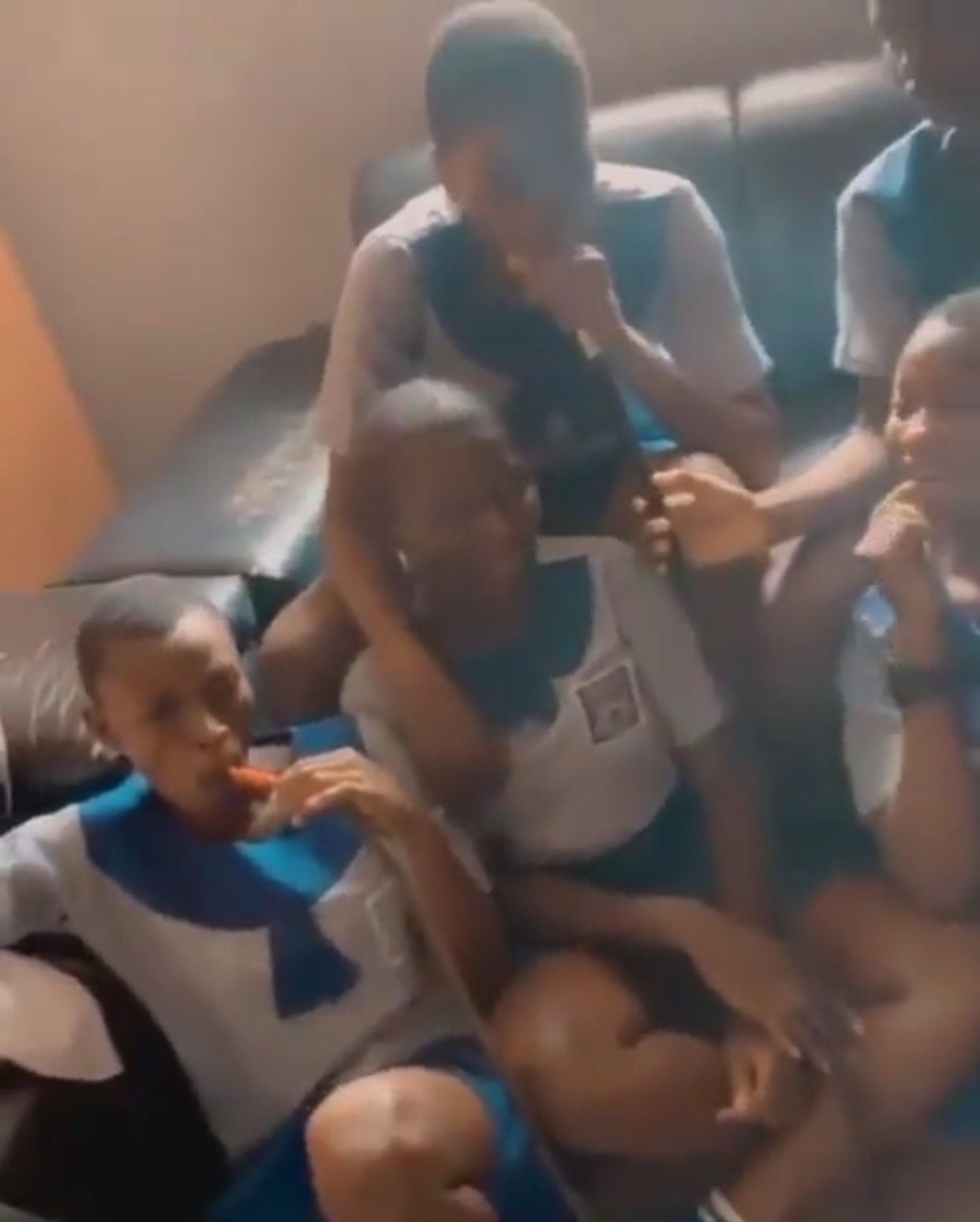 The underage girls, who were in their school uniforms were seen in the clip puffing smoke while serenading to music playing in the background.

The footage drew widespread concerns among commenters on-line, including public affairs commentator Femi Fani-Kayode, who said the matter was as a result of failure of parenting.

The State government, through the Ministry of Education and Ministry of Youth and Social Development, identified them as students of Oreyo Senior Grammar School, Igbogbo, Ikorodu area of the State.

It was gathered that the identified students were later suspended by the school authorities while the state government has ordered for their rehabilitation with immediate effect.

Shisha, which was formally popular mostly in the Eastern Mediterranean region, is now gaining popularity globally and has become a trending tobacco product in Nigeria. Shisha smoking is a way of inhaling tobacco, sometimes mixed with fruit or molasses sugar, through the mouthpiece of a bowl hose or tube.

In a recent study, titled shisha smoking in selected nightclubs in Nigeria, the overall prevalence of shisha smoking was 7.1 percent. The age of initiation into shisha smoking was lower among women, but men were significantly more likely to be more frequent users, daily or weekly users, and also to be current cigarette smokers.

The study also reported that specifically, shisha smoking has been documented to have hypertensive effect, it is also a risk factor for respiratory diseases such as chronic obstructive airway disease, lung, oesophageal and gastric cancers, obstetric and perinatal complications such as birth defects as well as infectious diseases due to viral isolates such as herpes from the water pipe.