The United States, (US) government has said that the claims that soldiers killed protesters at the Lekki toll gate during the #EndSARS protest could not be verified. 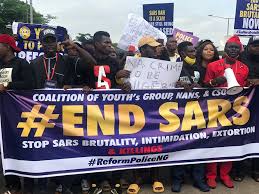 In a report issued by the US Department of State, ‘2020 Country Reports on Human Rights Practices: Nigeria,’ released on March 30, the United States said accurate information on fatalities resulting from the shooting was not available at the end of the year.

“On October 20, members of the security forces enforced curfew by firing shots into the air to disperse protesters who had gathered at the Lekki Toll Gate in Lagos to protest abusive practices by the Nigerian Police Force’s Special Anti-Robbery Squad (SARS).

“Accurate information on fatalities resulting from the shooting was not available at year’s end. Amnesty International reported 10 persons died during the event, but the government disputed Amnesty’s report, and no other organisation was able to verify the claim.

Amnesty International and the United States-based Cable News Network (CNN) are leading voices to justify the claims by some of the protesters that there were fatalities and killings during the shootings by the military at the tollgate on the fateful day.

The report regretted that impunity remained a significant problem in the security forces, including in the police, military, and the Department of State Services (DSS), adding that Police remained susceptible to corruption, faced allegations of human rights abuses and operated with widespread impunity in the apprehension, illegal detention and torture of suspects.

The report said contrary to freedom of speech, security services detained and harassed journalists, sometimes for reporting on sensitive problems such as political corruption and security, adding that numerous journalists were killed, detained, abducted, or arrested during the year.