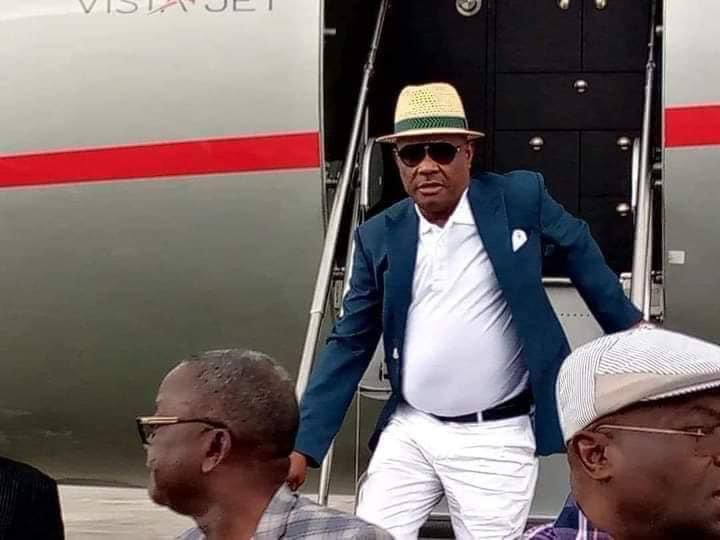 Speaking with newsmen on arrival at the Port Harcourt International Airport yesterday, in the company of governors of Benue and Abia States, Samuel Ortom and Dr. Okezie Ikpeazu, respectively, Wike said his team was more interested in a better Nigeria, adding they were consulting widely with those who mean well for the country.

The Rivers State governor stated that topmost on the agenda in all the meetings was how to make Nigeria better than what it is currently, pointing out that all was not well with the country.

The governor, who decried the situation where standard, training and competence have always been traded for mediocrity, said leadership should not be about one individual and the interest of his family, but about the collective interest of Nigerians. According to him, “Leadership is not about you and your family. Leadership is about everybody”. “Consultation is still on-going. Never mind some people who do not believe in the existence of this country”, he further stated.

Also speaking, the leader of the Wike Team and Benue State governor, Samuel Ortom, noted that they have met with prominent persons in the last few days because of their belief that Nigeria was in distress and required concerted effort to rescue it. Ortom stated that they had fruitful talks with those they met and it was beyond partisan politics, because well-meaning Nigerians needed to work together in ensuring that Nigeria survives.

On his part, Abia State governor, Dr. Okezie Ikpeazu, emphasised that they were on a mission and were determined to find a way of rescuing Nigeria. Ikpeazu noted that they were mindful of what society to bequeath to the present generation, their children and grandchildren alike.