Minister of Defense retited Major General Bashir Salihi Magashi, arrived Maiduguri in the early hours of Friday, in the company of all the service chiefs.
They are in Maiduguri to assess ongoing military operations in the North East.
Led by General Lucky Irabor, the Chief of Defense Staff, Lt. Gen. Faruk Yahya, Chief of Army Staff, Air Marshal Isiaka Amao, Chief of Air Staff and Read Admiral Awwal Gambo, the Chief of Naval Staff were all at hand with the Miniater of Defence. 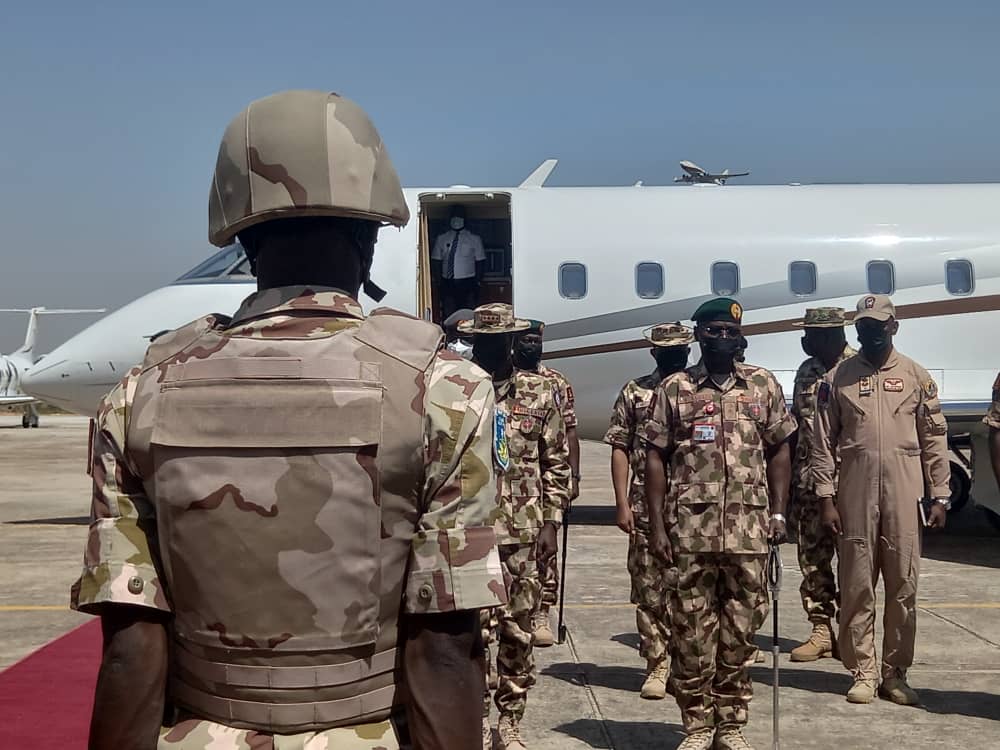