…Says Africa will redouble its trade in 10 years

President Muhammadu Buhari yesterday in Durban, South Africa, has painted a rosy picture of Nigeria’s economy saying the economy was being re-engineered and re-positioned to be globally more competitive to drive growth and development. 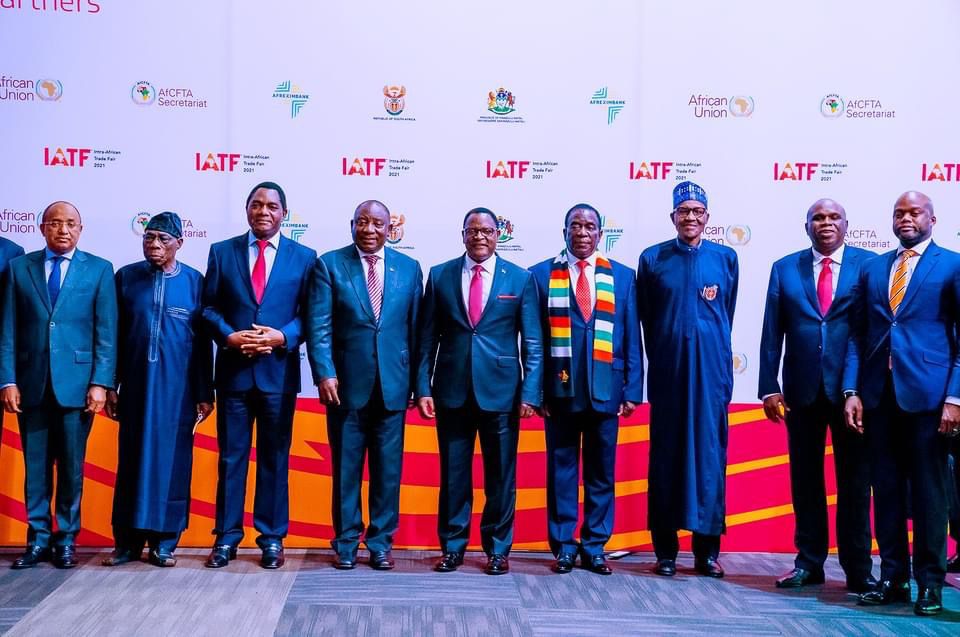 President Buhari, who stated this during the opening ceremony of the second ‘Intra-African Trade Fair 2021′, stressed that the Nigerian economy under his administration had witnessed a re-engineering, assuring the participants that his delegation is attending with ‘full force’ to maximise the advantage of the gathering.

President Buhari’s expectation of a good performance by Nigerian businesses at the Durban Fair is hinged on the outcome of the last edition in Cairo, Egypt, during which they got deals worth over 3.3 billion dollars.

Current records show that Intra-African trade accounts for only 15 percent of their transactions.

The president expressed his optimism that the creation of the biggest Free Trade area in the world, the African Continental Free Trade Area, (AfCFTA), will work successfully, especially with the active collaboration of the public and private sectors.

He canvassed support for the implementation of the Free Trade initiative, listing several benefits to the continent, including doubling trade in 10 years and reducing over-reliance on imports.

The Nigerian leader expressed concern that most of Africa’s existing challenges, whether security, economy, or corruption, can be traced to the inability over the years to domesticate the production of most basic requirements and provide jobs to its teeming and dynamic youth population.

“Under the African Continental Free Trade Area, we can double our intra-African trade by 2030, reduce our reliance on imports and therefore create more jobs within the continent”, he stated.

President Buhari also used the occasion to call on businesses in Africa to key into existing regional value chains or build new ones, either to extend operations into the higher value segments of their industries or to satisfy the Area’s rules of origin requirements.

He expressed delight that the Intra-African Trade Fair was uniquely positioned to help in these areas.

Declaring that Nigeria is open for business, the President highlighted that progress was being made in the reforms of key institutions, the fight against corruption as well as the ease of doing business in the country.

He congratulated the African Union Commission, the AfCFTA Secretariat and the Africa Export-Import Bank, for their dedication and relentless effort in seeing the Trade Area become a reality.