Against the recent news reports of the onslaught by the Nigerian military in decimating bandits, especially the recent bombing by Nigerian Air Force jets in Zamfara State where two bandit leaders were reportedly killed, the camp of renowned Islamic cleric, Sheikh (Dr.) Ahmad Abubakar Gumi, has called on the military to further convince the public by showing evidence. 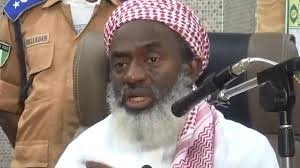 A member of the Gumi camp and traditional title holder of Ɗan-Iyan Fika, in Yobe State, Dr. Tukur Mamu, in an interview with newsmen yesterday, faulted the approach of security agents in fighting banditry and terrorism.

According to the traditional ruler, women, children, and cows are the ones affected by air raids and not bandits. He said, “That’s exactly what these bandits were telling us. They said “whenever we hear the sound of an aircraft, we run to our caves. If they will succeed in killing anybody, it is the small children, the wives or the cows“.

“That’s their own testimony. So, you can imagine a country where, for example, bandits would gather in a forest and be celebrating. You don’t even have the intelligence to track them and eliminate them; then how can you say you’ll succeed in killing them?”, he lamented.

He said if America could go to Afghanistan and spend 20 years, “spending 3 trillion dollars and wasting 3,600 personnel, with over 20,000 citizens killed after 20 years, they are coming to dialogue with the Taliban…what do you expect in Nigeria?”

Speaking further, Mamu, who said he was also a media consultant to Sheikh Gumi, said the issue of security has no religious barrier as it affected everybody.

He said the primary focus and interest was for the “respected and revered religious leader” to play his own part in making sure that the spill of blood, the quantum of innocent blood being wasted every day, is stopped which Gumi believes is very dangerous for the nation.

“What the government has done so far related to wasting billions of Naira in taxpayers money to buy Tucano jets, most of them over-inflated projects, contracts that end up enriching few people in the military. What the government has so far succeeded when compared to the amount of resources that have so far been spent, is not commensurate at all”, he alleged.

“It is something really very questionable that every sensible Nigerian should ask himself…there are very few cliques within the military that are really benefitting from this war against insecurity. That is why anytime you will hear the name of Sheikh Gumi”.