The Upper chamber of the National Assembly has uncovered how National Agency For Food and Drug Administration and Control (NAFDAC) paid N97 million for ‘Tokunbo’ 1,000KVA generator at the Isolo office of the agency in Lagos. 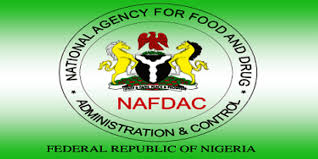 The generator, it was gathered, later broke down irreparably four months after purchase

The revelation was sequel to the 2016 Auditor General’s report considered by the Senate Committee on Public Accounts.

It was discovered that NAFDAC ignored the recommendation of the supervising consultants that two 500KVA generators should be supplied and purchased 1,000 KVA ‘Tokunbo’ Caterpillar generator instead.

The Acting Chairman of the Committee, Senator Suleiman Hadejia, who expressed dissatisfaction with the development called for the prosecution of the contractor involved by the Independent Corrupt Practices Commission, (ICPC).

Reacting to the query, the Director General of NAFDAC, Professor Mojisola Adeyeye, said no action was taken on the matter until she started her tenure as DG of the agency, adding that the contractor has been blacklisted by the agency.

She said that the ICPC is currently handling the matter but was unable to establish whether the contractor has been prosecuted by the anti-graft agency.

The committee, however, vacated the query but urged the agency to ensure that the contractor is prosecuted.