Nigeria’s currency, the Naira, which is officially said to be doing pretty well this year, has been rated as one of the world’s worst-performing among more than 150 currencies globally, the Bloomberg media has said. 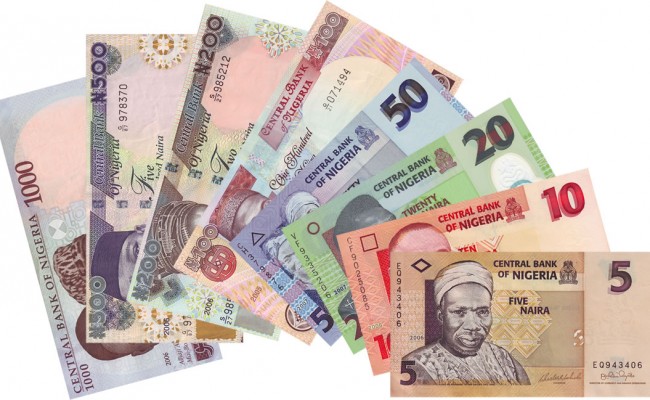 That makes it one of the world’s worst-performing currencies, after Ghana’s cedi, which is down nearly 55 percent this year. Its peers include Sierra Leone’s Leone, which is down 36 percent, and the Egyptian pound, which has lost 35 percent.

While the naira officially closed at 442.75 to the US dollar on Friday, currency traders on the streets of Lagos quoted the dollar at 890 Naira, a bureau de change operator who tracks the data.

The official exchange rate is used only by the government and the elite, while ordinary Nigerians are left with no other alternative than the black market, which is widely-used and has been accepted by most people as a better measure for the local currency, and has seen a 37% drop. This has led to a widening gap between the managed and parallel markets to more than 90%.

Businesses and ordinary Nigerians are feeling the pain. The Naira volatility is the single largest contributor to the surge in inflation which is ravaging the economy, taking prices of virtually everything to the top and causing considerable concern ahead of the year-end festivities. 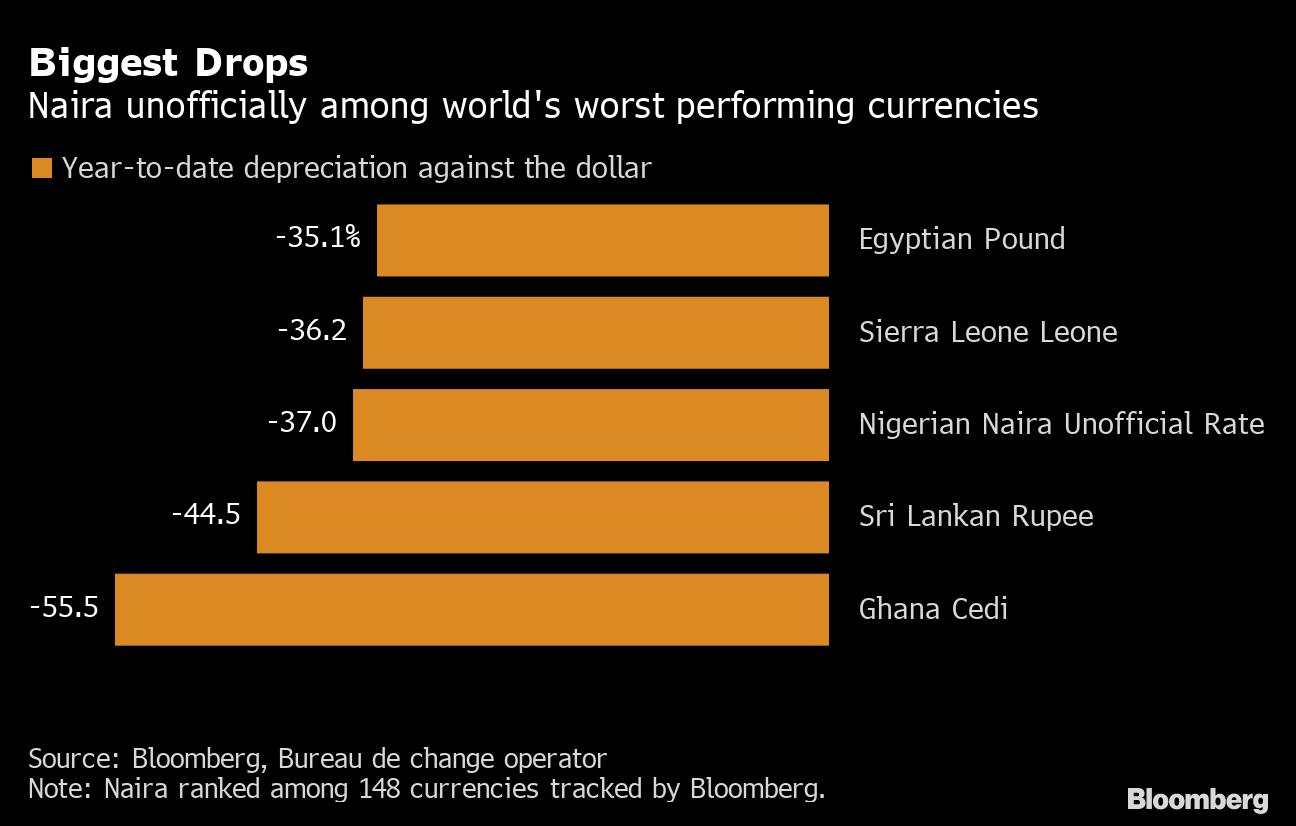 The local unit’s drop in the black market started a day after the central bank of Nigeria (CBN) announced last week that it will issue redesigned 200-, 500- and 1,000-naira notes from mid-December, in a bid to mop up excess cash in circulation. The CBN gave Nigerians until Jan. 31 to exchange the existing bills for new ones, a tight deadline considering that the central bank estimates that as much as 2.7 trillion naira ($6.1 billion) sits outside bank vaults.

According to a Professor of Finance and Capital markets at the Nasarawa State University, Uche Uwaleke, the naira’s slump is likely to continue in the near-term given low oil revenue and rising outflows due to uncertainties associated with February’s presidential election. The dollar is seen as a safe haven, he said.