The Central Bank of Nigeria (CBN) has officially responded to the Minister of Finance, Budget and National Planning‘s claim that she was not informed of the decision to redesign the naira notes. 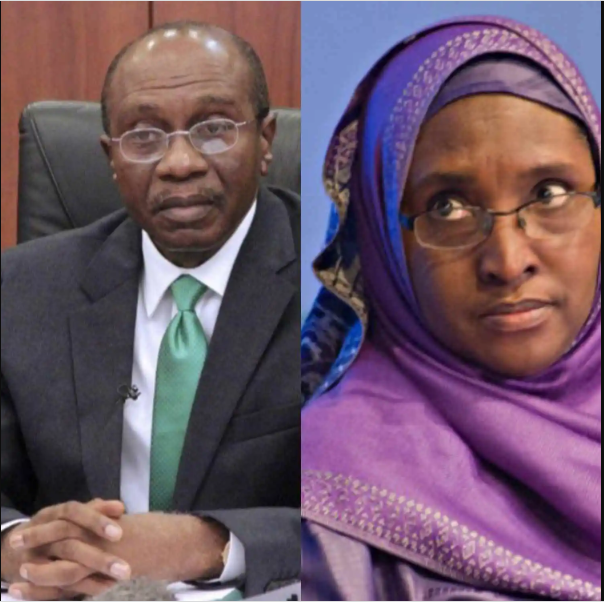 Recall that the CBN governor, Godwin Emefiele, on Wednesday announced the introduction of newly designed notes of N200, N500 and N1, 000, which he said would be in circulation by December 15, 2022.

Giving further reason why the decision was taken, CBN spokesman, Osita Nwanisobi, in a statement said: “Currency management in the country had faced several escalating challenges which threatened the integrity of the currency, the CBN, and the country”.

The Minister Zainab Ahmad on Friday disowned the policy, stating she was not aware and warning the CBN of its dire consequences. But Nwanisobi reminded the Minister that “every top-rate Central Bank was committed to safeguarding the integrity of the local legal tender, the efficiency of its supply, as well as its efficacy in the conduct of monetary policy”.

On the timing of the redesign project, Nwanisobi explained that the CBN had “tarried for too long considering that it had to wait 20 years to carry out a redesign, whereas the standard practice globally was for central banks to redesign, produce and circulate new local legal tender every five to eight years”.

The CBN spokesman assured Nigerians that “the currency redesign exercise was purely a central banking exercise and not targeted at any group”, and urged Nigerians to support the Naira redesign project, as it is for the greater good of the economy.

He insisted the CBN, in redesigning three series of the Naira, “followed the law and due process to carry out the exercise, which is 12 years due”.

Also reacting to the Minister’s outburst at the National Assembly, the Chief Executive Officer (CEO) of BIC Consultancy Services and one time contributor to CBN’s Quality Assurance FSS 2020 project, Dr. Boniface Chizea, said “the CBN has the sole authority to issue legal tender currency in Nigeria. The Bank alone is able to determine the quantum of currency to release as to align with other critical objectives, particularly macroeconomic stability”.

The CBN, he said, “does not report to the Minister of Finance even if one should have expected that she should have been taken on board. But remember that when you ventilate such policies there will be so many reasons to convince one not to go ahead”.

He further stated that “the rate of exchange will fall, as we are now witnessing, because the race to convert illegally-held Naira has now commenced with this announcement. The challenge confronting the CBN now will be how to determine measures to counter the slide”.