…’Nothing wrong if we shift convention’ – Uzodimma

President Muhammadu Buhari, yesterday, put off a meeting with governors of the ruling All Progressives Congress, (APC), scheduled to hold at the Presidential Villa, Abuja. 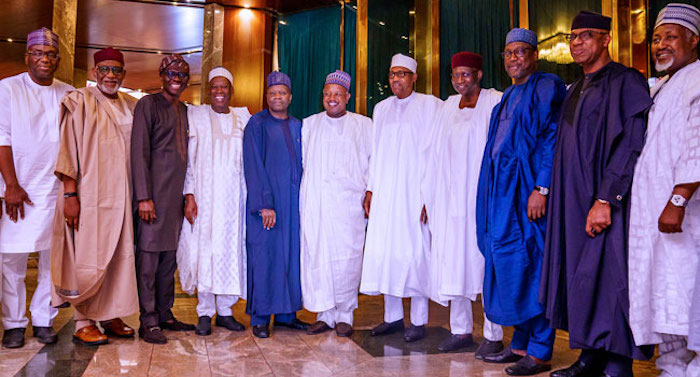 Although the agenda of the meeting was not made public, sources at the State House said, it was not unconnected to the party’s national convention slated for February 26.

It was gathered that some APC governors had arrived at the Presidential Villa only to learn that the meeting would no longer take place. No official reason was given for the postponement, but the president’s activities for the day had been scheduled to end earlier than usual as he was meant to depart for Belgium later same day for Europe-African Union Summit, taking place in the country.

It was further gathered that despite the cancellation of the meeting, the two principal officers of the National Assembly were able to have a session with the president.

The Imo State governor, Hope Uzodimma, who was also able to have a separate session with the President on issues concerning his State, while fielding questions from State House correspondents explained that there is nothing wrong if the APC decides to shift its national convention from the February 26 scheduled date.

Gov. Uzodimma dismissed the fears in some quarters over the national convention, saying that the APC being the ruling party has the wherewithal to deal with any issues that may arise.