The Nigeria Immigration Service, (NIS), has put its officers at various border posts across the country on red alert over the prospect of a looming terrorist attack in the Federal Capital Territory, (FCT), Abuja. 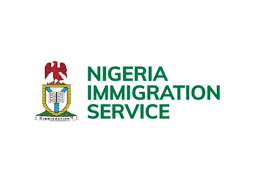 The NIS said it received intelligence from the Presidency that some terrorists from West-African neighbour, Mali, want to move through the Nigeria-Niger Republic border to launch an attack in Abuja. The letter, dated December 23, 2021, was titled: ‘Terrorists Plan Attacks In Abuja’, signed by the Land Border Patrol Commander, Edirin Okoto, on behalf of the Acting Comptroller-General of the NIS, Idris Jere.

The Department of State Services, DSS), had in November 2021 alerted the Nigeria Customs Service over planned attacks by insurgents at border communities across the country anytime from now.

Recall that in 2011, suspected terrorists bombed the United Nations House in Abuja, in which 23 persons lost their lives. There had also been other pockets of isolated attacks by suspected terrorists. Thousands of innocent lives, including hundreds of soldiers have been fallen by the radical fighters also known as Jihadists.