The Catholic Bishop of Sokoto diocese, Hassan Matthew Kukah says young Nigerians are angry and tired of the happenings in the country. 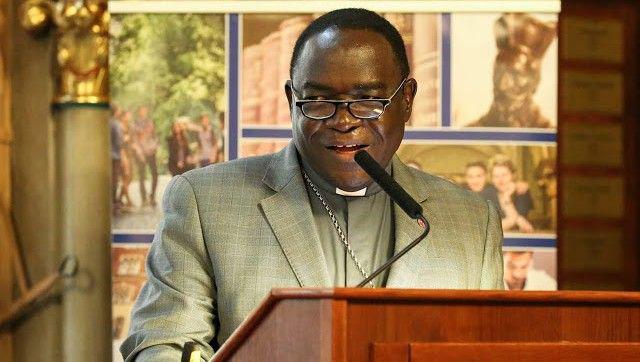 Delivering a keynote address at the conference, the bishop said “they (youths) cannot protest; if you carry a laptop, you are labeled a yahoo boy. The sign that Nigerian youths are tired is the heavy traffic to other countries. Now, there is internal hostility between the young and the old”.

He made it clear that Nigerians are exhausted, mentally and physically.

Kukah, who said it was not true that he was against the government in power, said he was only exercising his freedom of expression and speaking his mind.

He agreed with the guest speaker, Rivers State governor, Nyesom Wike, who he said raised critical issues about the law, judiciary, and justice, saying lawyers must take a decision to save Nigeria.

Kukah, who worked for peace in Ogoni in Rivers State for about 6 years said the problem with the Nigerian Constitution could be the quality of persons Nigeria sent to the Constitutional conferences to review the supreme law of the land.

Whilst reminding that he has worked in panels that reviewed the Constitution, the cleric said one of the chairmen of such Constitutional review committees wrote a book to reveal his shock that Nigerians come to the table arguing about frivolities, adding that some were only concerned about which religion should get the upper hand, others argued about the cross at hospitals, etc.

He said one of the Chief Justices that headed such exercises revealed how the delegates used to be so aggressive and rancorous over minor matters that on the eve of one voting session, knives and daggers were bought from markets in Abuja and Suleja.

The Bishop urged lawyers to make a choice: “Whether you are the lawyer for the rich and powerful or for the public.” He said Nigerians must get to a situation where religion is not to be regarded as a weapon to flog the people.

Mentioning names of presidents that show him the books they are currently reading, the scholarly cleric said we must think not about the next election but begin to renew knowledge. It must not be about the powerful against the weak.

He commended the National Assembly for giving Nigerians hope for free elections bypassing the law on the transmission of results electronically.

However, the Bishop said he believes in Nigeria and hinted at how he turned down the possibility of US citizenship. “I said if I do so, I would be telling God that he made a mistake by putting me here. Nigeria will not break up. It’s a marriage that has issues, but will not break up”.