The Federal Capital Territory Administration, (FCTA), has directed that all religious and social gatherings be limited to 50 percent of the hall capacity during the New Year festivities. 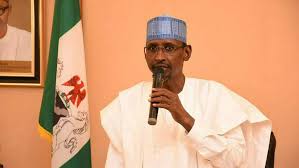 The Senior Special Assistant to FCT Minister on Monitoring, Inspection and Enforcement, Attah Ikharo, who handed the directive, said the surge in new cases of Covid-19 was alarming, and that the FCT administration would not fold it’s arms and watch things get out of control.

He said the ban on nightclubs and other social gatherings where physical distancing and non pharmaceutical protocols couldn’t be achieved, remained in force. He said on December 26 the FCT recorded an alarmingly disturbing 806 new cases, while on 27, it recorded 57 new cases.

He added that the report on Tuesday, December 28 that 80 new cases were recorded in the nation’s capital was not encouraging news, and that there must be government and all stakeholders’ effective collaboration to tackle the spread of the pandemic.

Ikharo said the FCT Minister had at different occasions met with religious leaders and other stakeholders, creating synergy against the deadly pandemic, and also reiterating their commitment to keeping Abuja safe and secured.

While he appealed to religious leaders and residents to ensure complete compliance with all the Covid-19 guidelines issued by the Health and Human Services Secretariat last week, he said the enforcement team would be mobilised to track down violators who would be made to face the laws of the land.

He said the FCT administration would continue to do everything necessary to have a healthy and prosperous capital city free from diseases and all manner of anti human elements in 2022.