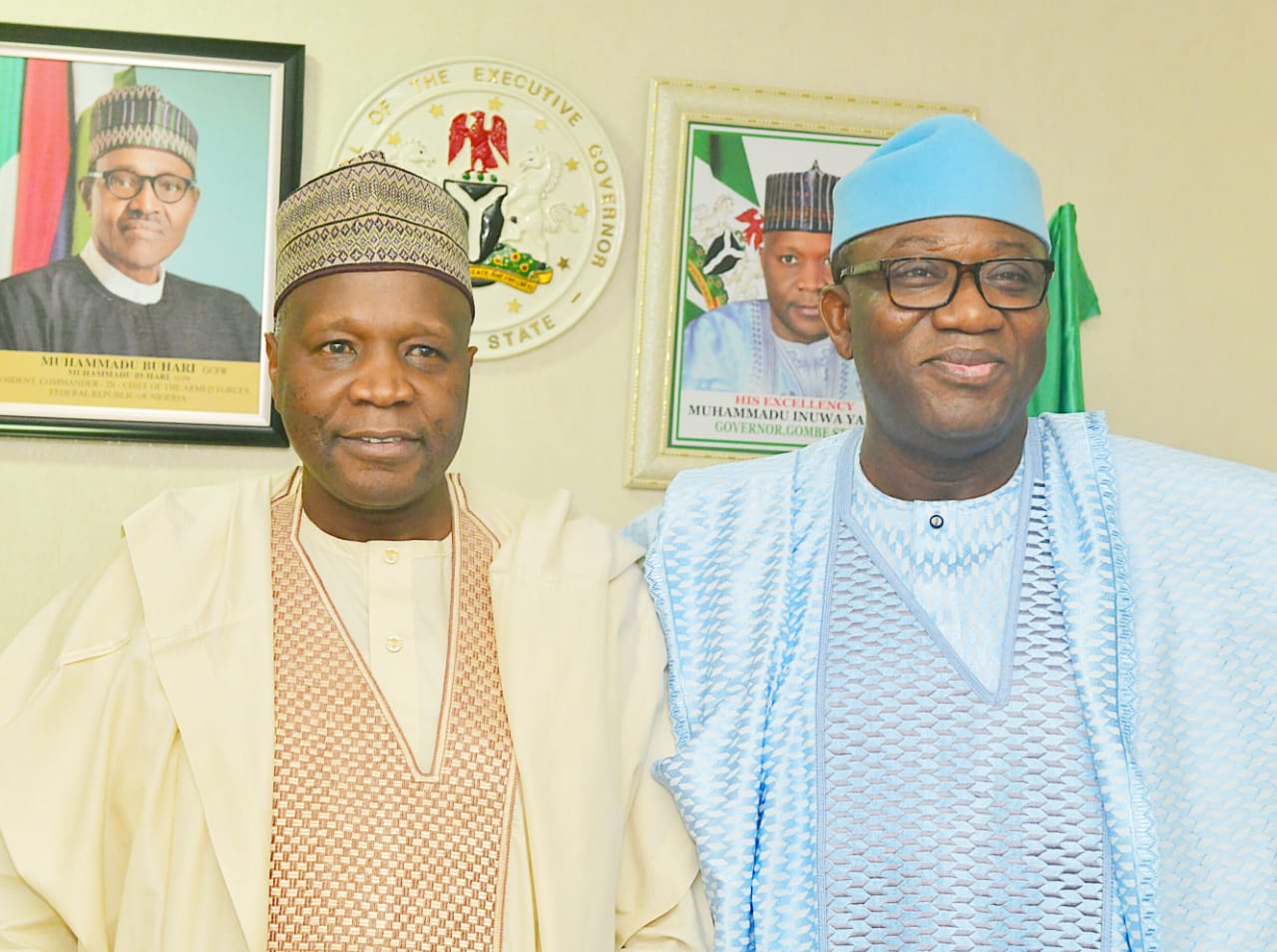 The NGF Chairman made the observation when he paid a courtesy call on Governor Inuwa at the Government House, Gombe.

Dr. Fayemi also described Governor Inuwa as a silent achiever and good manager of resources with sterling leadership qualities who has done so much for his people within a short period of his stewardship.

“You are indeed doing extremely well, despite the challenges, especially in this geographical zone with the attendant burden of IDPs from the neighbouring states. In fact, you are one Governor we refer to as a silent storm, doing incredible things with little or no media frenzy”. 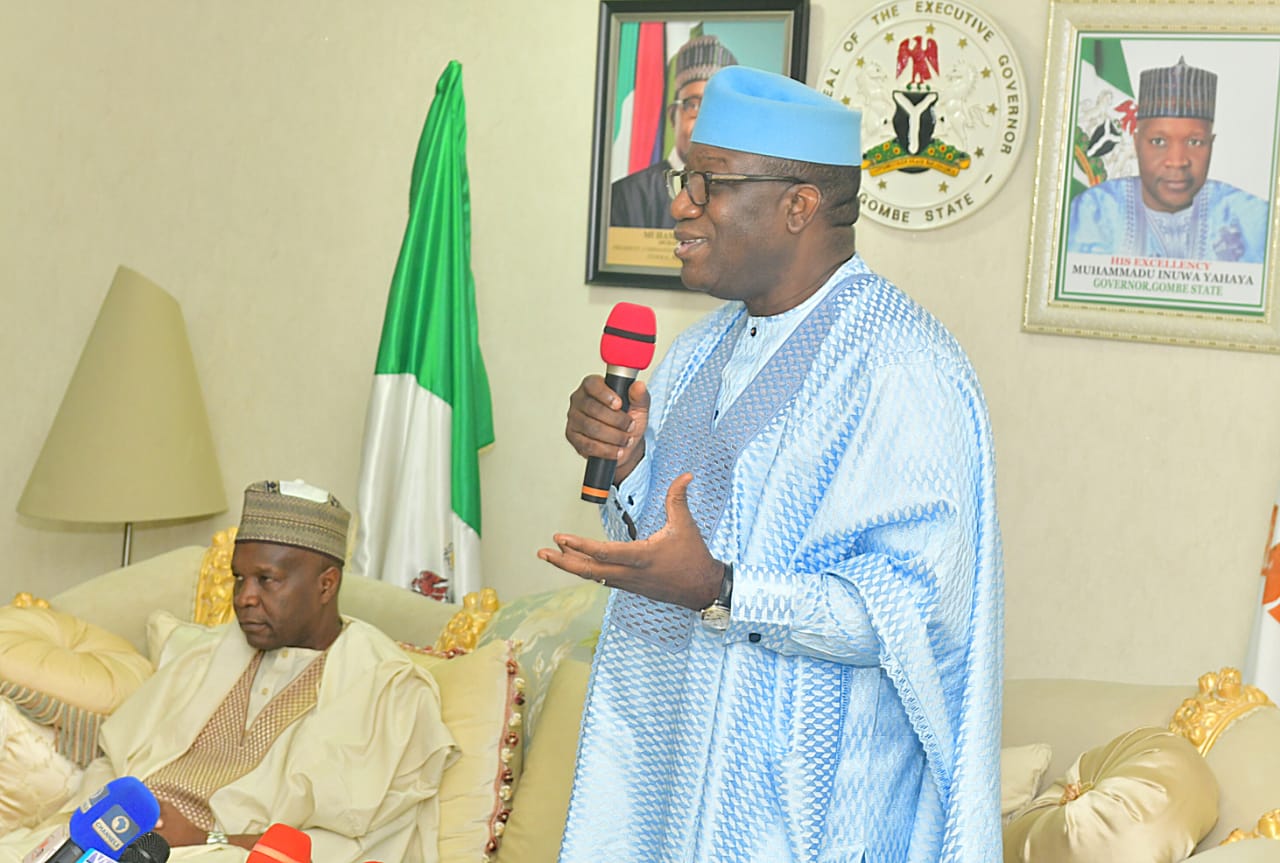 Speaking on national issues, the Ekiti State Governor noted that Nigeria is passing through a critical moment which presupposes that all citizens must join hands with the Government at all levels to confront the social and economic challenges facing the nation.

He said President Muhammadu Buhari is doing everything necessary to calm the murky waters of insecurity and economic depreciation, noting that “it behoves on Nigerians to, irrespective of their political affiliations, maintain frantic support to the present administration in the country so that these challenges can be addressed.

“The President is trying his best to calm things down, the economy is not experiencing the best of times; our security situation continues to be challenging and we are in a period of transition so we definitely need to find a way not only to continue to do what Mr. President is doing but to also look for the best way to build on the gains and the gaps of this administration over the last 8 years now”.

He observed that Nigeria’s developmental trajectory cannot be limited to the last 8 years but that it can be better appreciated when Nigerians take a trip down memory lane to the year 1999 when the fourth Republic all began.

Governor Kayode Fayemi said the Nigerian Governors Forum cannot be aloof to building on meaningful existing legacies and improving on governance structures to meet the challenges of the 21st century through the maximization of revenue generation, peace and security as well as the economic development frontier in the country as a whole.

“For us, as Governors, we must find a basis to come together to work with the President of the country in order to strengthen the Federation and build a better country that will serve the interest of our people and that is what we always do at the Governors Forum”.

Governor Kayode Fayemi described governance, particularly at the federating unit, as an onerous task that demands a high season administrative ingenuity to bring about a better, stronger and a more people-oriented Nigeria.

“Frankly Nigeria is worth fighting for this is one country that has given many of us opportunities and we have a duty to fight for Nigeria and build a better country”. 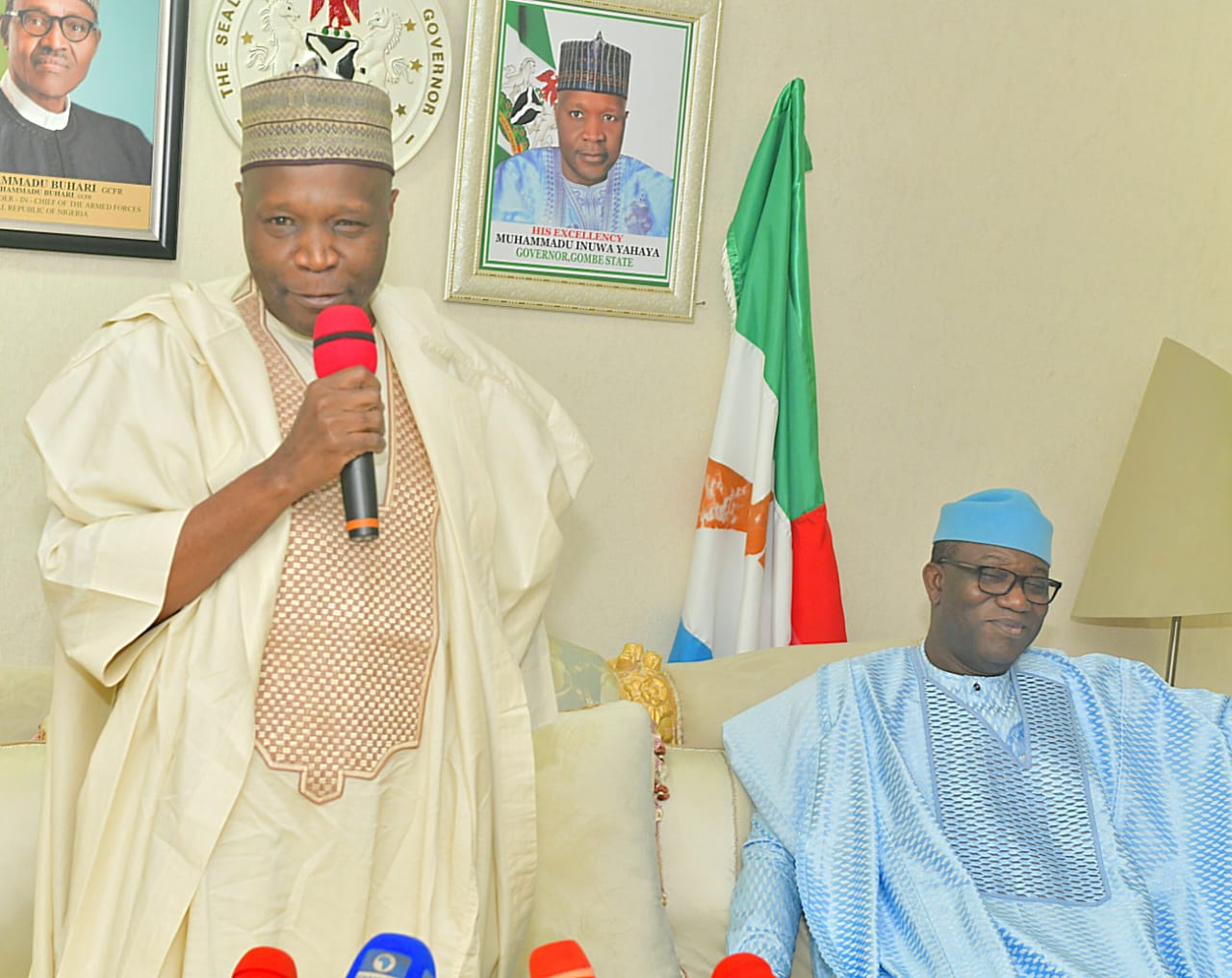 Responding Governor Muhammadu Inuwa Yahaya thanked his Ekiti State counterpart for the visit, describing the contribution of Dr. Kayode Fayemi to national discourse and development as one that must and should be emulated by all men and women of goodwill.

He said the essence of having the Nigerian Governors Forum was to prop up a peer review mechanism that can serve as a learning ground for individual State Governors to learn and eventually adopt areas of interest in their respective states.

“For us here in Gombe I think that guidance we got from you has helped us a lot and that is why whatever we achieve and whatever you saw is really as a result of the effort that you are making right from your days at NADECO to Governor, Minister, and Governor again”.

He said in as much as Gombe is relatively peaceful in the midst of crisis-stricken states of the North East, the State has become home to about seventy-five thousand families who flee from the ongoing insurgency saying the Gombe State government is happily hosting them in the spirit of brotherliness.

Governor Inuwa Yahaya, who shared the same sentiment with his Ekiti state counterpart, remarked that the country is going through a tumultuous times which demands that all hands must be on deck to tackle the problem head-on.

Governor Inuwa Yahaya used the visit to assure the chairman of the Nigerian Governors Forum that the APC in Gombe remains rock-solid both in terms of numerical strength, structure and infrastructural development to its credit.