…Says Buhari has not failed

Minister of Labour and Employment, Senator Chris Ngige, has officially declared his intention to run for the position of president on the platform of the All Progressives Congress, (APC). 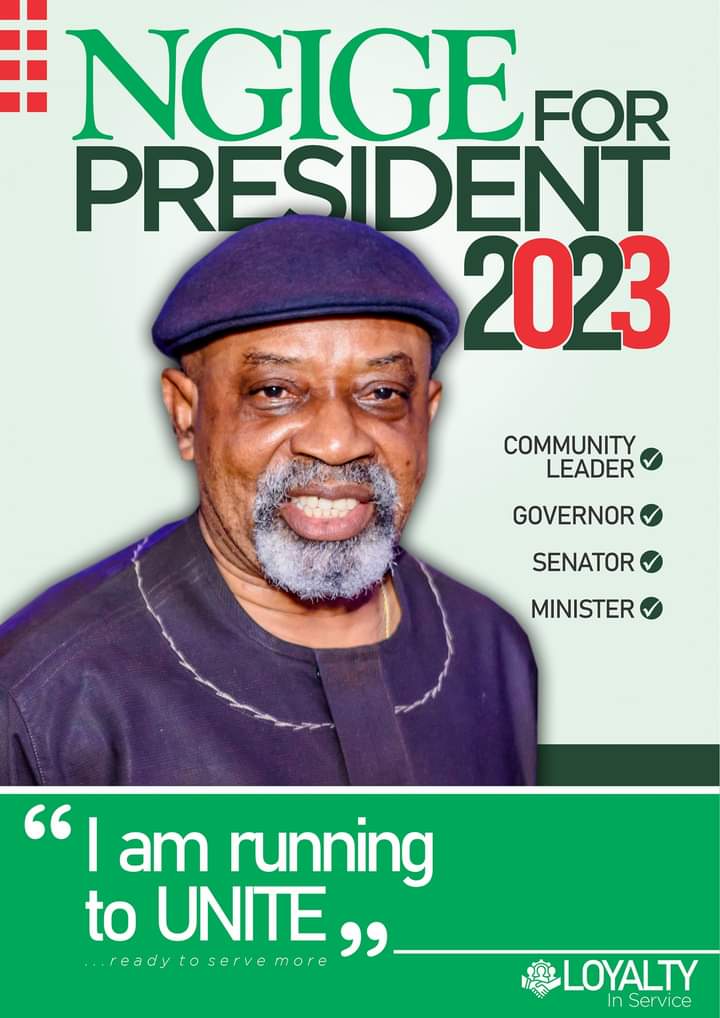 Ngige, while addressing his supporters in his hometown at Alor in Idemili-North, Anambra State, yesterday, also said President Muhammadu Buhari had not failed. He said the ruling All Progressives Congress, (APC), did not fail as many would like to say.

According to him, the president worked with the resources available to him.

“Some people will say this administration has failed, a government that built Enugu-Onitsha expressway, Enugu-Port Harcourt expressway, restored Nigeria’s aviation industry, built railways and built many other landmark projects across the country cannot be called a failure. Buhari performed according to the resources available to him”, he stated.

Ngige said that if given the opportunity to lead, he would be a president everybody would be proud of.

He said, “On the account of your request, I promised you that I will consult and give a reply in April when asked me to contest for president. Today, I, Dr. Chris Nwabueze Ngige, formerly declare that I am contesting for president of Nigeria”.

He said he has what it takes to become Nigeria’s next president, adding that his present position had broadened his horizons and exposed him to the reality of Nigeria. “If I become president of Nigeria I know what to do”, he stated.

According to him, as a minister, he resolved 1,383 labour disputes and took labour to the international arena. “I am not a local champion; I am an international man”, he said.

He insisted that he did well as the governor of Anambra State and as a senator, adding: “I am doing well as a minister”.