The Senate has called on President Muhammadu Buhari, to as a matter of urgency, declare a State of Emergency on insecurity in the country.

Recall that gunmen, suspected to be armed bandits, yesterday invaded Government Science Secondary School in Kagara, Niger State and abducted an unknown number of students along with some staff members, their spouses and children. 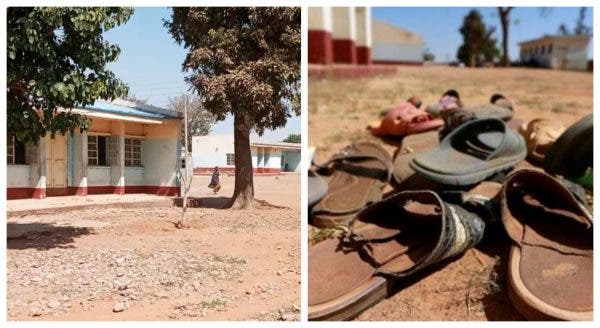 These were resolutions reached yesterday by the Senate following consideration of a Motion: “Abduction of Students and Teachers of Government Science School Kagara: Need for urgent action”. Earlier, the Motion was sponsored by Sen. Mohammed Sani Musa (APC, Niger-East), while coming under Order 42 and 52 of the Senate Standing Rules.

Reacting to the kidnap, Senate President Ahmad Lawan expressed his concern over the abduction of school students in the northern region of the country, noting that such incidents are peculiar to schools located in the North, which he said could discourage parents from allowing their children to acquire Western education.

Accordingly, the Senate in its resolutions, while condemning the Kagara school attack, urged President Buhari to immediately declare a state of emergency on insecurity in the country. The Upper Chamber also urged the President to consider and implement the recommendations of the Senate Ad-Hoc Committee on Nigeria’s Security Challenges, dated March, 17 and Senate Resolutions therefrom, as a holistic response to the mounting security challenges across the country.

In its reaction, the Peoples Democratic Party, (PDP)’s National Publicity Secretary, Kola Ologbondiyan, “Many of these bandits terrorising Nigerians were political mercenaries brought in by the All Progressive Congress (APC) from neighbouring countries to help it enforce the rigging of the 2019 elections, but which the APC and its leaders failed to settle after the elections, leaving them to unleash their frustrations on innocent Nigerians”.

The PDP, in a press statement it issued yesterday, charged the ruling party to speak out on the reports and take immediate steps to “settle their political mercenaries, return them to wherever they brought them from and bring an end to these gruesome attacks on Nigerians”. The party condemned the reported killing as well as the abduction of Kagara students and blamed the rising incidents of kidnappings and abductions on the failure of the President Muhammadu Buhari-led APC administration to take decisive steps to tackle the scourge.

The Party tasked the security forces to go after the outlaws and rescue the school children.

Meanwhile, the Minister of Defence, Bashir Magashi yesterday said that the Armed Forces will adopt security tactics used in rescuing the Kankara school boys in Katsina State last December, to rescue the students. Magashi stated this at the sideline of the screening of Service Chiefs by the House of Representatives, in Abuja.