The Nigerian Union of Journalists, (NUJ) Niger State council, has given the State government a one-week ultimatum to expedite action towards immediate release and safe return of 136 pupils of the Islamiyya school and other hostages still languishing in the den of their abductors. 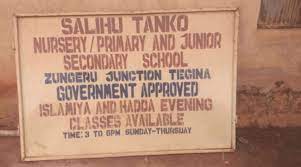 According to a 10-point communiqué issued at the end of the meeting, jointly signed by George Duniya and Uthman Siraja, Chairman,  the union also wants the state government to ban the task force saddled with the responsibility of enforcing the ban on commercial motorcycles for going beyond their scope of operations, including being brutal or excessive use of force resulting in the death of about three persons and imprisonment of others, including journalists.

According to a communique issued at the end of the meeting, jointly signed by the NUJ’s Communique Drafting C’ttee Chairman, George Duniya and Secretary, Uthman Siraja respectively, the union wants the State government to apply the same zeal used in rescuing the Governor’s mother, the zonal chairman of the All Progressive Congress (APC) and the Commissioner for Information and Strategy in rescuing the children and other hostages still in the armed bandits’ den.

The journalists wondered why the State government is creating an impression that some persons are inferior to others, adding that it is sad that for almost three months the children are still held captive while many have died due to the harsh weather conditions they were exposed to.

While expressing gratitude to God for sparing the life of the Commissioner and the APC chieftain, the union challenged the Abubarkar Sani Bello-led government to live up to its responsibilities of protecting the lives and properties of the citizenry.