A research study supported by Shell Nigeria has revealed that Nigeria loses between N30 and N60 trillion annually due to oil theft, illegal refining and pipeline vandalism. 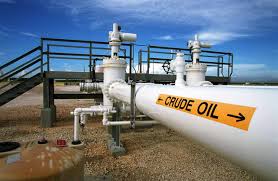 The Head of the research team from the University of Port-Harcourt (UniPort), Professor of history, Ben Naanen, said 200,000 barrels of crude oil, or 14%, is stolen every day out of the 1.4m barrels per day (bpd) produced in Nigeria. He, however, said that other sources in recent times have put it at 30% or some 470,000 bpd.

At the price of over $100 per barrel, with one dollar exchanged at about N411 in the official forex market, the loss is between N8.2bn and N17bn per day, making it between N30 trillion and N60 trillion loss per year.

The professor said the financial loss was nothing compared to huge damage to the environment and ecology of the oil region let alone human tragedies and disasters, including the roasting of hundreds of citizens, often from explosions at fire disasters at burst pipe sites, such as the almost 200 persons that were believed to have been roasted last week at Egbema, between Rivers and Imo States.

The researcher, who advised Nigeria to think outside the box and copy other countries, submitted that the much-touted modular refinery option may not arrest the disaster.

He suggested a regularisation strategy, by approving the refining activities but not without rules on how to operate, especially stopping the operators from stealing the crude, and regulating how they refine crude without having to destroy everybody and everything around.

Naanen said by doing this, the government would recoup revenue through tax and support many jobs.

The researcher, who said his team visited the forests and creeks for months, said, “Visit to the creeks shows devastated areas everywhere; pipes laid by oil thieves run several kilometres to bunkers that serve as storage. There are fire-resistant tanks for boiling. The products are carried in Cotonou boats to deliver to different sales points”.

The Head of Shell’s Ogoni Restoration Project, (ORP), Vincent Nwabueze, who admitted that SPDC supported the research study to look at vandalism and oil theft, said tidal waves along the Niger-Delta coastal areas wash the pollution along the coast, thereby spreading the pollution and poisoning aquatic life along.

He mentioned some challenges encountered in the remediation project going on in Bodo, in Ogoni, and said it was difficult to get undisturbed soil for testing because what they have is sediments. “We will review the Naanen report, critique and refine it, to come up with a working document”, he added.

The chairman of the presentation workshop, a Catholic cleric, Edward Obi, known for his advocacy to save the environment, said the Naanen research has opened peoples’ eyes to the hazards in the region.

He said Naanen has a long-standing commitment to stopping pollution and protecting the environment.

The Emohua local council chairman, Chidi Lloid, who gave hair-raising accounts of his encounter in the forests hunting down illegal refiners, said the lecture required a larger audience because of the size of the menace. Lloid said most security agencies were complicit in the matter and that a senior police officer going around with him in the forests ended up being an organiser of over 15 illegal refining centres.

The audience recommended several measures, including the research recommendation of regularising the activity, but said there would still be obstacles to cross.