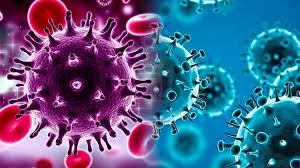 The UK government is expected to remove all 11 countries from England’s red list, easing travel restrictions

The move is being viewed as a sign that the government accepts Omicron can no longer be contained. It also follows anger from African countries, with the UN describing the ban on non-UK residents entering England as “travel apartheid”.

The red list was reintroduced recently as a precaution after the emergence of the Omicron variant. The further spread of the variant has been cited as a reason for reviewing travel rules.

Currently, all UK arrivals from red list countries must pay for and self-isolate in a pre-booked, government-approved hotel for 10 days. They must also take Covid tests within 48 hours of setting off for the UK and PCR tests within two days of their arrival.

The government also faces pressure from the travel industry which says restrictions are hurting business.

The International Air Transport Association, (IATA), announced that the recovery in air travel continued in October 2021 with broad-based improvements in both domestic and international markets. It also warned that the imposition of travel bans by governments, against the advice of the World Health Organisation (WHO), could threaten the sector’s recovery.

The Head of trade group Airlines UK, Tim Alderslade,
in a BBC report earlier, said that emptying the red list would make “complete sense” but that the government also needed to scrap pre-departure and day two tests for all arrivals.