Nigeria has been ranked the third-worst score in the inaugural Chandler Good Government (CGGI) Index launched yesterday in Singapore. 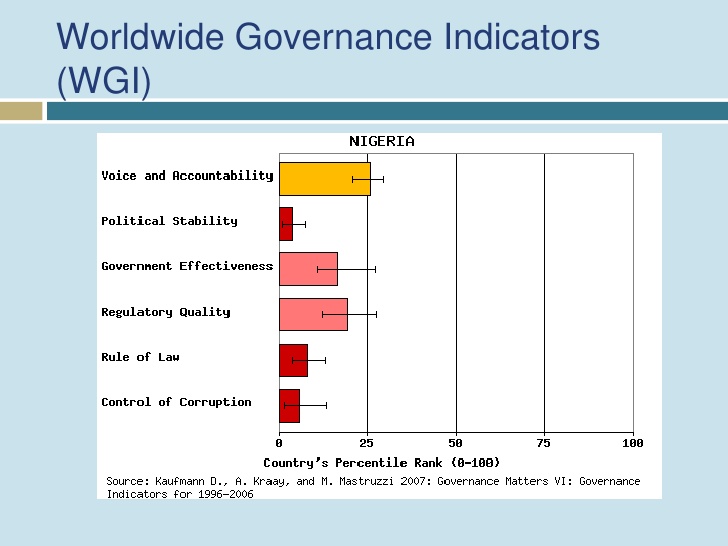 The country scored 0.319 points, to sit at number 102 out of 104 countries on the league table, which measures 104 governments’ effectiveness and capabilities in almost 90 percent of the world’s population.

The data, published on https://chandlergovernmentindex.com/country-rankings/, is aggregated to produce a score on a scale of 0 (lowest) to 1 (highest).

It taps over 50 publicly available global data sources such as the World Trade Organisation, (WTO), United Nations, (UN) and the World Bank.

Finland came tops, with 0.848 points ahead of Switzerland and Singapore, while Zimbabwe was Nigeria’s runner up followed by Venezuela at the bottom of the log.

Mauritius, with an Index score of 0.5670 and at number 38 on the log, was Africa’s best performer.

The report noted that countries that have done well under this pillar are all market economies with sound property rights and stable business regulations.

It added that the ability to effectively tackle corruption is the indicator with the strongest correlation with overall good government rankings.

The CGGI said the ranking comes amid the Covid-19 pandemic, which has revealed strengths and weaknesses in institutions, laws, and leadership, adding that governance is the deciding factor in whether countries succeed.