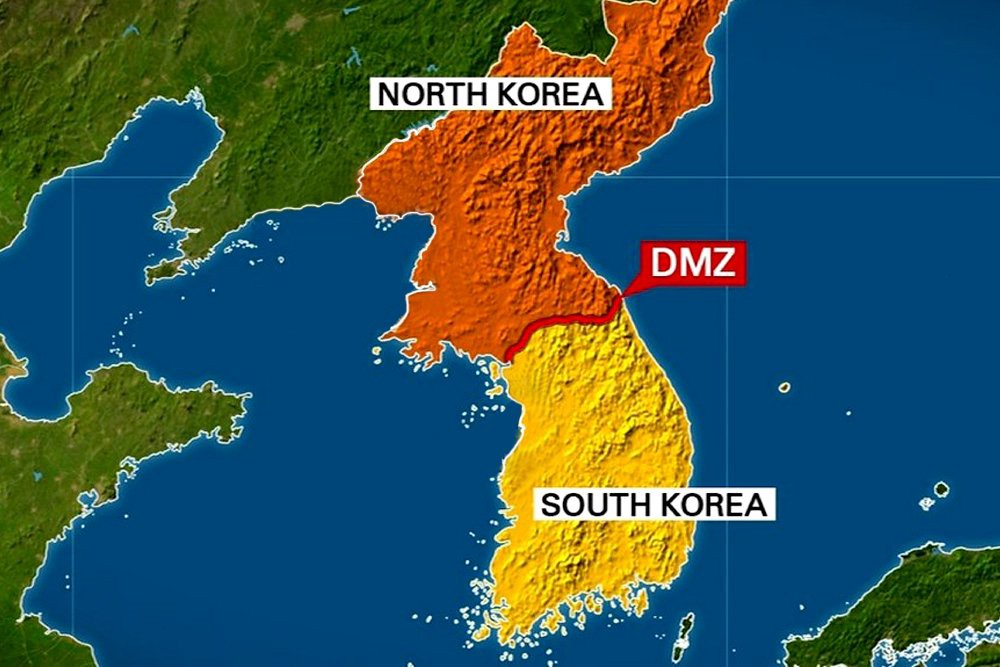 The President’s spokesman, Femi Adesina, in a statement, said Buhari stated this when he joined world leaders virtually yesterday, while attending the opening of World Summit 2022.

The Summit, with the theme, ”Reconciliation and Peace in the Korean Peninsula, through Multi Sectorial Peace Building Initiatives in Asia and in the World”, is organized by the Universal Peace Federation (UPF).

In a video-message sent to the Hybrid Summit in Seoul, South Korea, the president said the Korean peninsula had been a flashpoint of conflict, lingering many decades and therefore deserving the attention of world leaders for a peaceful resolution.

He said, ”The Korean situation as defined by its history and geography is unique in the sense that as the only nation in the Asia-Pacific region that remains divided since the cold war era, peace on the Korean peninsula has far reaching implications to the region, if not to the world at large.

”The Nigerian Government encourages and supports every effort to promote understanding and a commitment to peace among the governments and people of both Koreas; and has for a long time, maintained relations with them at ambassadorial level.

”We have enjoyed cordial relations with both Koreas in trade and commerce, education, cultural exchange, and technology transfer.

”And so, when it comes to what needs to be done to ensure lasting peace on the peninsula, we are happy to be part of it.”

The Nigerian leader told the Summit, strongly backed by Cambodian Prime Minister, Samdech Hun Sen, and former Secretary-General of the United Nations, Ban Ki-moon, that all countries in the world, including Nigeria, had one crisis or the other that they are dealing with.

He added that, ”what is important is the commitment to arrive at a true and lasting peace, through the most peaceful process.”

The president also used the occasion to apprise participants at the Summit how his administration had been dealing with issues in Nigeria.

While citing the situation in North-East Nigeria, Buhari said his administration had commenced the implementation of a comprehensive peace plan in the region, which has been prone to insurgency in recent years.

”We are equipping the Nigerian security forces to enable them to effectively contain the contemporary security challenges facing the Nigerian Society, in line with modern rules of engagement.

”We are establishing army and air force universities as a platform and long-term plan for institutionalising the practice of peace building and conflict management among young Nigerians.

”We have initiated many entrepreneurial/economic projects to address youth bulge and unemployment. At the regional level, our administration has shown and will continue to provide strong support to peace initiatives and efforts in the West African sub-region.

”We shall continue to pioneer and collaborate with all such efforts in resolving conflicts and bringing lasting peace and security to the West African sub-Region”, he said.

The President, therefore, welcomed the establishment of an international Think-Tank on peace in the Korean peninsula by the UPF, founded by Dr. Hak Ja Han Moon.

According to him, Nigeria is open to continuous partnerships with both local and international organisations to achieve lasting peace in the world.

While wishing the 4-day Summit, which will end with a virtual ‘One Million Person Rally’ on Sunday, fruitful deliberations, the Nigerian leader said: ”I am optimistic that if we prioritise mutual co-operation and peaceful co-existence, the growth and prosperity of humanity is assured.

”Let us all join in the efforts and commit to achieving a just and peaceful world based on these principles”, he stated.