Vice-President Yemi Osinbajo has described the challenges Nigeria is currently facing as a nation as not isurmountable, but stepping stones to a great future.

Prof. Osinbajo stated this yesterday in Owerri, Imo State, during a special inter-denominational Thanksgiving Service to mark the first anniversary of the administration of the State governor, Hope Uzodinma. 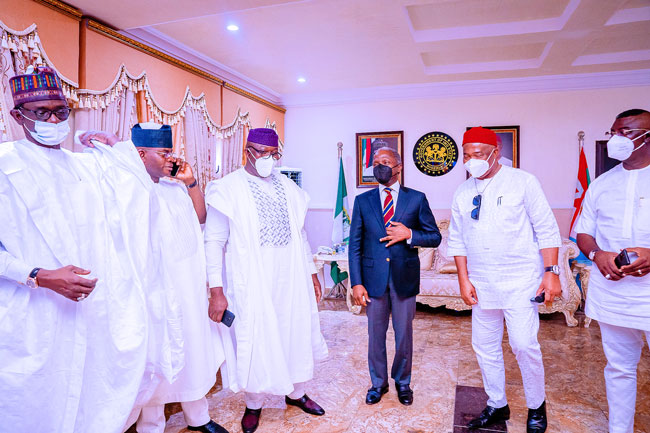 The Vice President, who delivered the felicitations of President Muhammadu Buhari to the Imo State governor and the people, also observed that faithful service to the people in public office is a way of honouring God, who gave the opportunity in the first place to leaders.

“Let me say that despite the challenges our Nation faces, by the grace of God, we, the Nigerian people, are more than able to surmount them. So I say to you, people of Imo and the great people of Nigeria; yes, we have work to do, yes we have much to repair, but we are undaunted. The problems we see today are the stepping stones to our great future. We are, by the grace of God, mightier than our challenges”, the VP said. 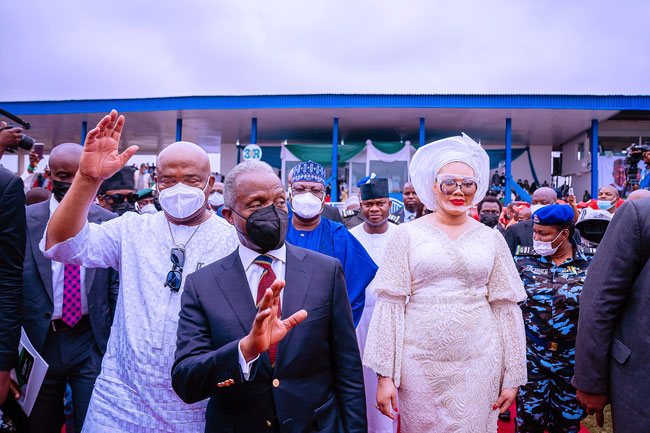 While he acknowledged some of the strides so far recorded under Governor Uzodinma, the VP urged him to stay focused on delivering quality leadership in service to the people of Imo State, while ensuring their well-being remains a cardinal point for the state government. 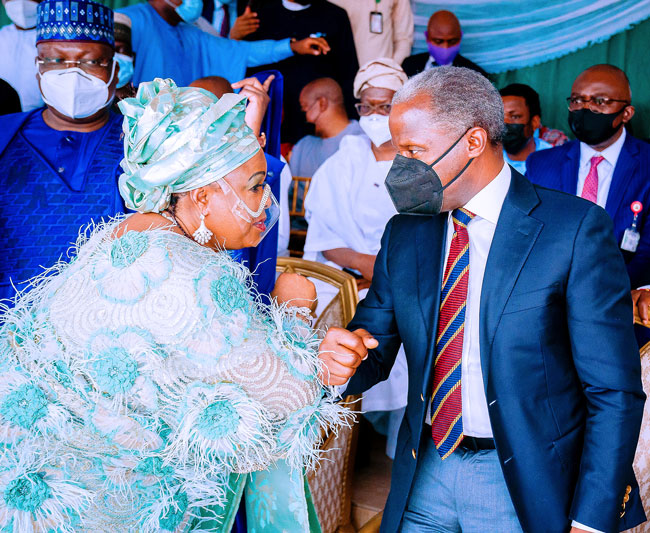 Prof. Osinbajo then wished Gov. Uzodinma’s administration good success in piloting the affairs of the State in the years to come.

In a related development,
Senate President, Ahmad Lawan, who was also among the VIPs at the  inter-denominational service, wooed the citizens from the south-eastern part of the country to grab the opportunity to be at the center of Nigeria’s politics by joining the ruling All Progressives Congress (APC). 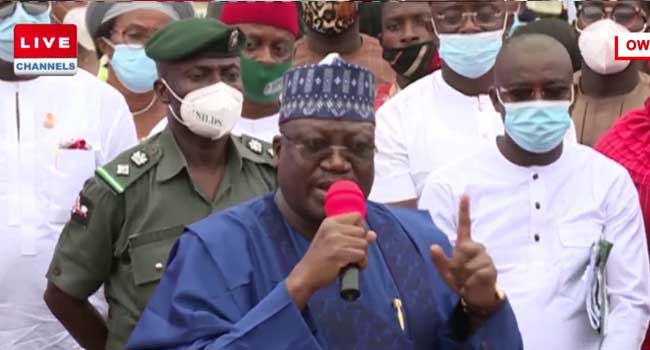 According to Senator Lawan, Nigeria should be a united country where progressives would provide leadership for the nation’s greatness.

While noting that the country faces myriads of challenges, notably security issues, the Senate President said there is no country that develops without confronting some problems.

What matters, he explained, is the willingness of the Federal Government to tackle the issues on the ground for the betterment of the citizens.

What matters, he explained, is the willingness of the Federal Government to tackle the issues on the ground for the betterment of the citizens.