Nigerian State Governors have advised the Federal Government to offer federal civil servants who are older than 50 years a one-off retirement package to exit the service, as part of coordinated efforts to instill fiscal discipline and prevent the nation from imminent economic collapse. 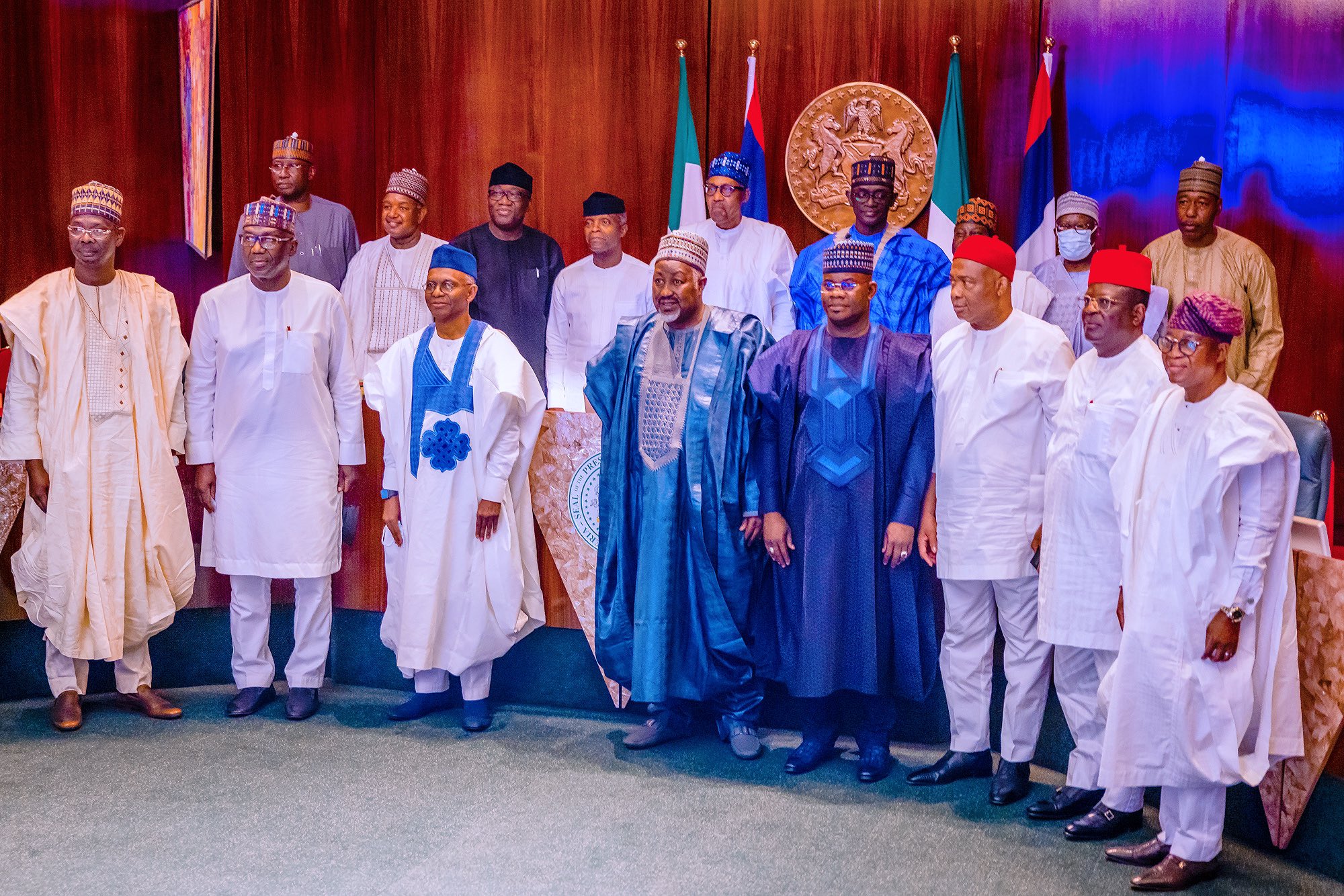 It was gathered from sources that the governors made the proposal at a meeting with President Muhammadu Buhari in July. The proposal also urged the FG to begin implementation of the updated Stephen Oronsaye Report, which suggested merger and shutdown of agencies and parastatals with duplicated or contested functions as a way to address bureaucratic inefficiency and reduce the cost of governance.

The sources reportedly explained that the governors were concerned about the deteriorating state of the economy and a proposal to restore fiscal discipline was presented to the Federal Government. The federal civil service employs just about 89,000 people; however, it reportedly spent about N4.1 trillion on personnel costs so far this year, from its N17 trillion budget for the entire country. It is not clear how many workers are above 50 years of age, or how much goes to them.

The suggestion comes as indications emerged that the nation may be teetering towards the cliff of economic collapse.

Recall that on Wednesday, according to news circulating on social media, Nigeria’s external reserves amounted to only $15 billion, well below the $36 billion balance on the gross external reserves claimed by the Bank.  With the nation spending N5.9 trillion on imports in the first quarter of the year, reserves of $15 billion would barely cover four months of imports.

The governors also asked the FG to reduce duplications and wastages, reduce 1% granted to NASENI to 0.2%, amend the Act in the 2022 Finance Bill, reduce personnel costs of Federal Government’s Ministries Department and Agencies (MDAs), as well as expedite the privatisation of non-performing assets like the NDPHC power plants.

Similarly, the governors urged that the 2023 – 2025 MTEF should reflect the suggestions and the government’s commitment to restore fiscal discipline while the planned 22% increase in salaries in 2023 is reconsidered. They added that the fiscal deficit should be reduced to no more than 2% of GDP in 2023 – 2025.

The governors also suggested centralisation of the collection of all federal oil and non-oil taxes in one agency, the FIRS, while Customs, NPA, and others assess and issue demands. They also suggested that the Federal Government improve crude oil and gas production, resolve lingering issues of ownership of gas in PSCs (e.g. Nnwa-Doro, OML 129) to help position Nigeria to take advantage of the gas needs in Europe, and provide incentives to expedite development of vandalism-resistant deep offshore fields like Bonga SW (Shell), p (Total), Zabazaba (ENI) and Owowo (Exxon).

The governors equally advised the Government to encourage (and pre-finance, if necessary) Dangote Refinery to early completion to reduce massive future outflows of foreign exchange.