Nigerian external reserves dropped to $40.49billion following the withdrawal of $21.8million from the reserves by the Central Bank of Nigeria, (CBN), earlier in the week. 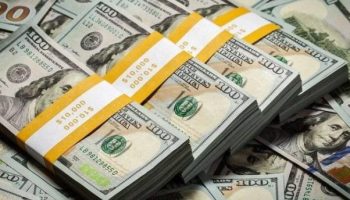 It added that the apex bank withdrew the $21.8million to meet forex demands from manufacturers, importers, travellers, and students studying abroad.

Recall that the nation’s external reserves hit a three-year high of $42 billion in October last year. The reserves had since dropped by 3.17% or $1.33 billion.

The increase was largely due to inflows from the Eurobond proceeds and the Special Drawing Rights (SDR) allocation to Nigeria by the International Monetary Fund, (IMF).

At the last CBN’s Monetary Policy Committee, (MPC), meeting held in November last year, a member of the committee, Ahmad Aishah, stressed the need for the external reserves to be in good health.