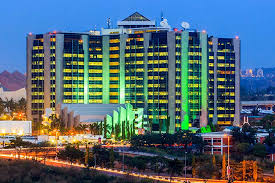 This is according to data obtained from the daily tracker of the Central Bank of Nigeria, (CBN).

The gain recorded in the country’s reserve level is majorly attributed to the $4 billion Eurobond, secured by the Federal Government in September, which saw the reserve surpass $41 billion in October 2021.

Nigeria also secured a $3.35 billion IMF facility under the Special Drawing Rights in the review year, which also served as a boost for the reserves. The external reserve has been a major buffer for the Central Bank in defending the country’s exchange rate, by intervening in the official Investors and Exporters window.

Nigeria’s reserve has declined in recent months as the Central Bank continues to intervene in the official forex market in order to stabilise the local currency, particularly, at a time when the nation’s currency is highly volatile at the black market.