The Federal Government says it is yet to designate bandits as terrorists because of international best practices. 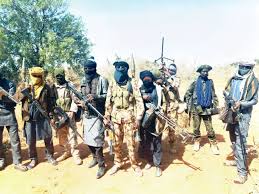 While speaking on a television programme yesterday, the Attorney-General of the Federation and Minister of Justice, (AGF), Abubakar Malami (SAN), said the process would be concluded in a matter of days.

According to him, his office was in the process of gazetting the court judgement that ordered the government to declare bandits as terrorists.

Recall that in November, a Federal High Court, in Abuja, granted an ex-parte application for gunmen and bandits to be declared as terrorists.

“Government has a responsibility to act but within the context of acting, you equally expected to operate within the confines of international best practices associated with engagement and one of such best practices is that you can only use maximum force on groups, individuals that are declared terrorists and that is where the application of the Terrorism Act comes in place.

“With that in mind, Nigeria acted, first by proscribing IPOB, taking into consideration the threats to lives and properties they have caused in the nation. Boko Haram was proscribed.

“The gazetting of a court order or judgement is a process, but what matters fundamentally within the context of international convention is the judicial declaration and that has been obtained; the court has declared bandits, kidnappers, cattle-rustlers as terrorists.

“So, with or without the gazette, what gives effect to such declaration is a judicial pronouncement but the gazette is a mere formality and it has been on and I believe within a matter of days, it will be concluded”, he stated.