The Nigerian Labour Congress, (NLC), has said that the unemployment situation in Nigeria is becoming a time bomb which, if not urgently addressed, would be a major determinant to achieveing the needed peace across the country. 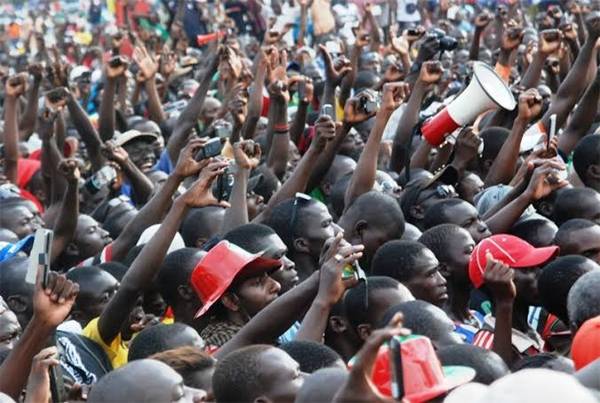 This warning is attributed to the President of the Organised Labour, Comrade Ayuba Wabba, during the 40th anniversary celebration of Labour Writers Association of Nigeria, (LAWAN), in Lagos.

The NLC president said the Federal Government needs to address the high rate of unemployment in the country to bring about a peaceful nation.

According to him the theme of the anniversary ‘Growing Insecurity and Unemployment: The Way Forward’, was dear to the heart of labour, being one of the major challenges facing the country currently.

Describing unemployment as a time bomb, Wabba, said if not urgently addressed, it would be difficult for the nation to have peace as problems of insecurity would continue to skyrocket.

He applauded the Trade Union Congress, (TUC) for always partnering with the NLC to address some of the challenges of the entire Nigerian society.

He said with what is happyening today, organised labour needed more collaboration and sensitisation of its rank and file to be able to be on the same page and address some of the ills.

The NLC chief also assured of the union’s continuous support to LAWAN, even as he commended members’ efforts in joining in the struggles to fight and report the ills in the workplace.

Speaking on the theme, Director General and Chief Executive Officer (CEO) of Michael Imoudu National Institute for Labour Studies (MINILS), Issa Aremu, said with what is happening in the country, especially with the recent #EndSARS protest, which brought out large number of youths across the country to the streets, tells that there is a nexus between unemployment and insecurity.

Aremu said it was difficult to find idle youths then roaming about the streets.

On the way forward in addressing the menace, he urged that there is the need to take into cognisance, Chapter 2 of the 1999 Constitution as amended on policies of states directed towards fundamental objectives and directives of states in creating employment, welfare of the citizens, minimum wage and pension, among others.

Ngige, who was represented by the Special Adviser on Media, Nwachukwu Obidiwe, said LAWAN’s resourcefulness and responsiveness to the vagaries of developments in the tripartite community, its balanced reportage and of course, at times, contradictions of fairness, are all matters to reflect on as the association clocks forty.

However, despite challenges, he stressed that the Buhari-led administration has maintained an equable industrial milieu and supportive of upward national productivity.

With the 33.3% unemployment rate as released by the National Bureau of Statistics, (NBS), he posited that Nigeria is a growing population with hundreds of thousands of youths graduating into the labour market yearly.

Noting that there is still a lot of work ahead of collective efforts to realised full actualisation, he said as LAWAN marks its 40th anniversary, it calls for stock taking.