The Federal Government has extended the deadline for the linkage of the National Identification Number, (NIN), to the Subscriber Identity Module, (SIM). 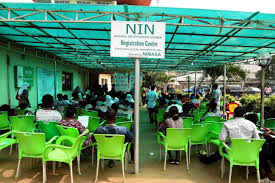 The Minister of Communications and Digital Economy, Isa Pantami, disclosed that the deadline was extended by three months. By the minister’s disclosure, the new deadline is now March 31, 2022.

The minister also said about 71 million Nigerians had obtained their NIN, with an average of three to four SIMs per NIN.