The Nigerian National Petroleum Company, (NNPC) Limited, spent N83.33 billion on the country’s non-functional petroleum refineries in the first 10 months of 2021, according to the latest data from the national oil company. 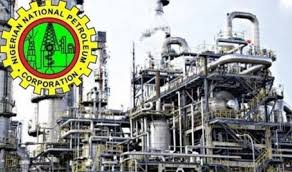 Documents from the NNPC on its November operations further revealed that the company had so far exceeded its budget for the security and maintenance of its pipelines by N18.025 billion as of October this year.

The data on the company’s performance from January to October indicated that besides petrol subsidy, the expense on the dormant refineries is one of the few cost centres that will be almost fully funded by the end of the year from the NNPC’s budgetary projections for the year.

Coming under the sub-heading “refinery rehabilitation”, the figures showed that while a total of N100 billion was budgeted by the company for the entire 2021, as of October it had released N83.33 billion for the purpose.

A breakdown revealed that N8.333 billion was forecast as monthly spending for the purpose, which the company had faithfully executed for the year. Going by the trend, the NNPC spending on ‘refinery rehabilitation’ will hit N99.996 billion by the end of this year.

Although they have not produced a drop of fuel in the last couple of years, Nigeria’s four refineries located in Kaduna, Delta and Rivers States, have been major cost centres for the national oil firm.

The Port Harcourt Refining Company, (PHRC), is made up of two refineries located at Alesa-Eleme, Rivers State and commissioned in 1965 and 1989 respectively.