The Federal Government says it has high hopes the Dangote Refinery will help solve its petroleum importation challenge. And it hopes for more: amid fears of an oil glut as nations move to cleaner energy, Nigeria will still be able to sell to the privately-owned refiner for at least 20 years.

To do this, the Government has locked down a right-of-first-refusal agreement with the company, with Nigeria owning 20 percent of the firm.

The Group Chief Executive Officer of the Nigerian National Petroleum Company Limited, Mele Kyari, said this on Tuesday in Abuja. He said Nigeria will stop importing refined fuel by mid of 2023.

He said the combination of output from the Dangote Refinery, which is scheduled to begin next year, would help “eliminate any importation of petroleum products into the country in the mid of 2023”. “Even if all our four refineries in three locations are operating at 90 percent of installed capacity, they will only be able to raise 18 million litres of petrol; that means that “even if all of them are working today, you would still have a net deficit of PMS to import into this country”, he further said.

According to him, because of Nigeria’s population, the volume of petrol required in the country has increased. “NNPC owns 20 percent equity in the Dangote Refinery and has a first right of refusal to supply crude oil to the plant. But we saw this energy transition challenge coming. We knew that time would come when you would look for people to buy your crude and you would not find it. And that means we have locked down the ability to sell crude oil for 33,000 barrels minimum by right for the next 20 years and by right also we have access to 20 percent of the production from that plant”, he said. 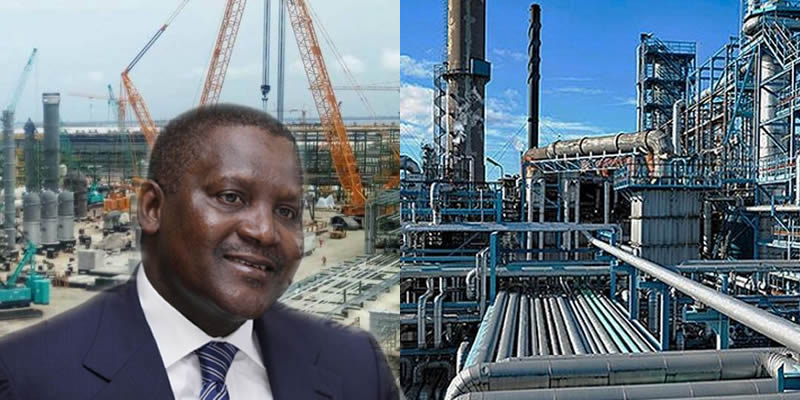 He further said the Dangote Refinery will begin producing by the middle of next year and it can produce up to 50 million litres of petrol. “The combination of that and our ability to bring back our refinery will eliminate any importation of petroleum products into this country next year. You would not see any importation into this country next year”, Kyari said.

“This is very practical. When we are done with our refineries and the Dangote refinery, there remain other small initiatives that we are doing, small modular condensate refineries that we are building. If that happens and we are very optimistic it will happen, you would see that this country will now be a net exporter.