Kaduna State Council of Nigerian Union of Journalists (NUJ) has debunked rumours of Governor Nasir el-Rufa’i issuing it a quit notice and planning to demolish its Secretariat noting that the story is mischievous and misleading. 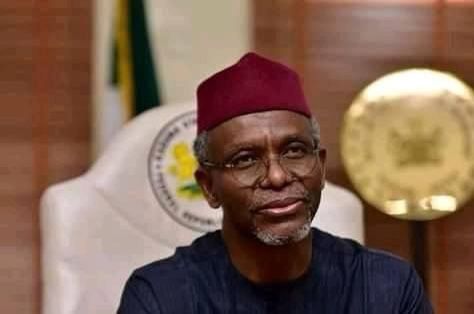 According to an issued press statement by the
Chairman NUJ Kaduna State Council, Adamu Yusuf and Secretary, John Femi Adi, ”Before today’s notice, the Council was served the first letter dated 2nd August, 2021 and its exco responded immediately with a physical visit and subsequent meetings with KASUPDA and Kaduna State Market Development Company, (KSMDC), the development partner that took responsibility to fund the Build, Operate and Transfer (BOT) arrangement with NUJ to construct the 16 shops in question.

“The resolutions reached with KASUPDA was for NUJ and Kaduna State Market Development Company to remodel the existing structure (front shops) such that the doors facing the road would be converted to face the compound.

“That NUJ should create adequate parking space for members and customers to avoid indiscriminate parking on the newly dualised Muhammadu Buhari Way, in line with the Urban Renewal projects.

That NUJ should provide “As-Built Architectural Design” to integrate the new structures with the entire NUJ Secretariat. Against this background, the Council wrote a letter to KSMDC for a meeting on the resolutions reached with KASUPDA and it was granted immediately.

The meeting was held with the Chairman and Secretary representing the Council. An agreement was reached to get an architect to work on the ‘As-Built Design’ to reflect the remodeled structure in line with the directive from KASUPDA. And to create adequate space for parking, which has been done.
“Following the delay from KSMDC to remodel the shops and convert the doors facing the road to face inside the compound within the initial stipulated time frame of two weeks, and to stop indiscriminate parking of cars on the road, the second notice became expedient.

Despite the alarm, Comrade Adi said the issue is being addressed effectively. According to him, “There is no cause for alarm as all necessary measures to remodel and stop indiscriminate parking on the major road are being taken care of. Please note that what was published in the obscure online platform called Capital Post was written with intention of mischief and a calculated attempt to blackmail Governor el-Rufa’i”.

“The letter served and pasted at the premises of NUJ did not ask the NUJ Secretariat to quit, but for the demolition of the front shops attached to the Secretariat if there is further failure to comply with the initial order to remodel the shops and stop indiscriminate parking on the major road.

“The Kaduna NUJ, therefore, disassociates itself from faceless and obscure online platform news posts that are not only mischievous, but shamelessly riding on NUJ good image to attack Governor el-Rufa’i for a story that does not have any bearing with the Governor”, Femi Adi said.