The Presidency says secession agitators in the southern part of the country cannot intimidate President Muhamadu Buhari to dance to their tunes.

The Senior Special Assistant, Media and Publicity to the President, Garba Shehu, said this at the media interactive session of the All Progressives Congress (APC) Professional Forum. 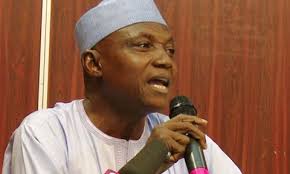 It also stated that the President will not pay those demanding dissolution of the country in order to end their agitations.

According to the Presidency, calls for secession have always been used to force the previous governments into paying agitators to ceasefire.

His words: “A lot of these people who are calling for secessions are the problem of this country and I’m happy that reasonable voices are now rising.

“Is it not only yesterday we are reading Afenifere, the most credible faction of Afenifere saying we’re not for secession? The Ohanaze Ndigbo said this over and over again.

“So this thing about secession, they had used it in the past. You create secession and break up Nigeria and then you intimidate the sitting leader and then he opens the booth and he brings money to settle people”.

“President Buhari will pay no one. He is not going to pay and now it is clear that having ignored all of that, reasonable opinions are coming from those states and those regions. The Governors in the South-West, we have all heard them, they have denounced all of these things.

“So it’s a sham; Nigerians want to be one, they want to continue. Yes, there are problems and we are hoping that as people united and loving of one another, we will come together and solve our problems”, he emphasised.