The Coalition of Northern Groups CNG has raised alarm about the abduction of its Board of Trustee BoT Chairman and National Coordinator Nastura Ashir Shariff and Balarabe Rufai’s who were abducted in Kaduna Thursday, and called for mass protests across the 19 northern states on Friday.

Spokesperson CNG, Abdul-Azeez Suleiman said in a statement that as at 6.30pm of Thursday, their whereabouts remain unknown.

He explained that their “people who have been trailing the arrest vehicles reported that they lost the trail at Jere on the way to Abuja after driving around Kaduna town with a brief detour towards the state Government House through Gwamna Road unto the Abuja expressway”.

The statement reads in part; “we have however made contact with the DSS director of Kaduna State and he insisted the arrest was not carried out by his men and he was not aware of where they are being held.

“Eye witness account to the arrest has however affirmed that the arrest was carried out by ununiformed officers in black suits driving hooded vehicles.

“We find it unfortunate that Nigerian Security agencies would rather find convenience to intimidate harmless civilians going about their civil functions than confronting the challenges posed by kidnappers who roam freely without any form of security presence.

“Meanwhile, we have placed all our 19 northern states Coordinators on high alert with instructions to mobilize for massive street protests by 10am tomorrow, Friday to demand the disclosure of the whereabouts of our officials. “We strongly condemn this act of impunity displayed by an administration that has no regards for rule of law and no respect for human dignity and liberty. We remain determined to keep on the struggle for the emancipation of the northerner and the restoration of peace and security’ the statement concluded. 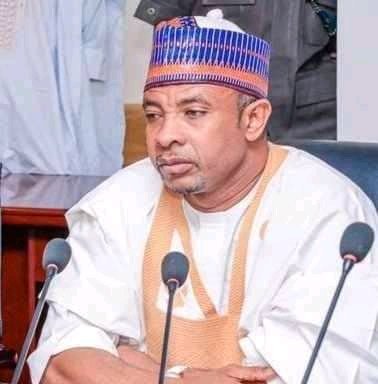