Worried by the renewed spate of killings across the North, especially the region, the Middle Belt Forum, (MBF), has called on its people to use whatever is available to defend themselves against bloodthirsty invaders. 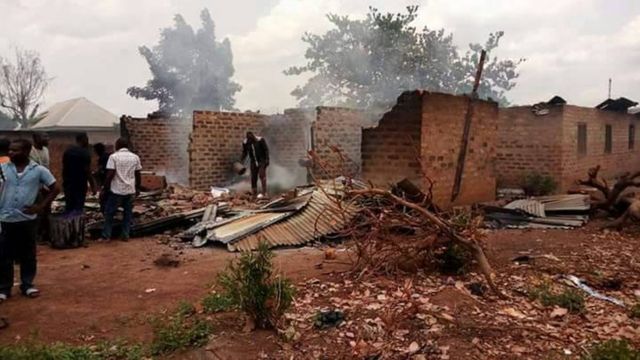 The MBF National President, Dr. Pogu Bitrus, lamented, in a statement issued on Friday in Abuja, that the refusal of the government to deal with perpetrators of these recurring killings reveals its complicity in the gale of bloodshed shredding the Middle-Belt region.

The Forum noted that their call become imperative because they have lost faith in the capacity of President Muhammadu Buhari to secure the lives and property of Nigerians.

The statement read in part: “The attention of the Middle Belt Forum, MBF, has been drawn to the renewed vicious attacks on communities of the Middle-Belt region in Southern Kaduna, Southern Kebbi, Niger, Plateau and Benue States that have led to hundreds of lives lost and decimation of our once-thriving communities.

“It is instructive that as the 2023 campaigns gather momentum, the intensity of these attacks is set to increase, with the sole purpose of annihilating communities of the Middle Belt by the invaders.

“The increase in the level of massacres, the devastation of communities and kidnapping of members of the Middle-Belt region extraction is aimed at impoverishing and disempowering the people and creating chaos that will render them refugees in their own ancestral homes.

“The Forum completely condemns this gradual return to the bloody days of horrifying assaults that are presently assuming a genocidal level. No nation can survive this level of crippling insecurity that has rendered life short and brutish for many communities in the Middle-Belt region.

“We are still at a loss why the government has not found it expedient to engage local communities on how best to defend themselves against these highly sophisticated terrorists.

“The Forum calls on our people to be alert and use whatever is available to them to stand firm and resist these bloodthirsty invaders. We call on our communities to be security conscious as they celebrate Easter”.

The Forum also called on the international community to beam its searchlight on what it called ‘the horrendous massacres’ of the Middle-Belt people being carried out under the watch of President Buhari.