Despite the ongoing investigation of a probe panel against the embattled Managing Director of Nigerian Ports Authority, (NPA), Hadiza Bala-Usman, President Muhammadu Buhari has confirmed that the appointment of the erstwhile NPA boss has been terminated. 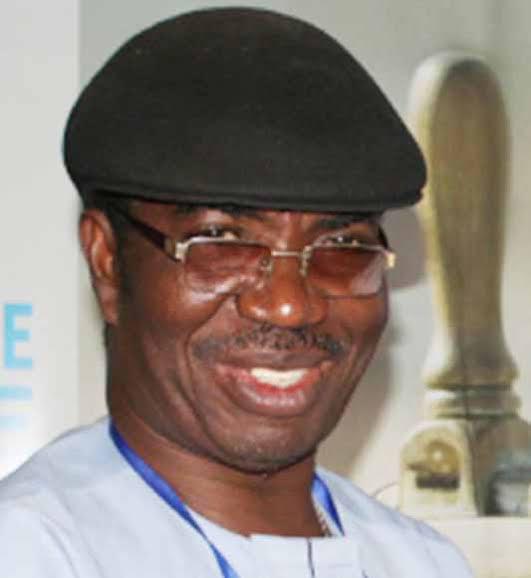 President Buhari stated this on July 12, in an affidavit he submitted at the Federal High Court in Lagos, in response to a suit instituted against him by a maritime media Chief Executive, Elder Asu Beks.

The affidavit, which was filed as Buhari’s preliminary objection was signed by Agan Tabitha, Civil Litigation Department of the Federal Ministry of Justice, Abuja, on behalf of Buhari’s Counsel, Mrs. Maimuna Lami Shiru and Mrs. C.I. Nebo.

Recall that Asu Beks and two other plaintiffs, Tompra Abarowei and Miebi Senge, on March 25, 2021, filed the suit challenging the powers of President Buhari to unlawfully constitute the board of the NPA, as well as the appointment of its Executive Directors without recourse to the statutory provisions of the Nigerian Ports Authority (NPA) Act.

Recall that the President had in May 2021 approved the suspension of Hadiza as NPA boss, while NPA’s Executive Director of finance and administration, Mohammed Bello-Koko was named to lead the organisation in an acting capacity.

The suspension was to allow a probe of allegations of improprieties against Ms. Usman to take place unhindered. The probe is at the instance of the supervising transport ministry, headed by the Transportation Minister, Rotimi Amaechi.

However, in his response to the court, the president argued that “The alleged reappointment of the 3rd Defendant (Hadiza Bala Usman), upon which this Court is being called upon to adjudicate has since been terminated by the 1st Defendant (Buhari) and the instant suit overtaken by the event of that termination”.

He also argued that the plaintiffs, Asu Beks and Co, have no “locus standi” to institute the suit in the first place and that the Federal High Court lacks the jurisdiction to entertain the suit.

Buhari also argued that the suit against him by Elder Asu Beks has become purely academic, and “That it is in the interest of justice to dismiss the plaintiff’s suit in its entirety or against the first defendant”.

In the suit filed by Asu Beks through his lawyer, Mike Ozekhome (SAN) apart from President Buhari, other defendants in the court action are the Minister of Transportation, the Managing Director of the NPA, Ms. Hadiza Bala Usman and the Chairman, Board of NPA, Mr. Emmanuel Adesoye.

The suit is being heard before Justice Tujjani Garba Ringim of the Federal High Court, Ikoyi.

The plaintiffs held that the newly constituted Board of NPA has no representative of the Ministry of Transportation, as enshrined in the statutes of the NPA Act, and that it reflected a complete disregard for professionalism and requisite expertise in shipping and ancillary maritime matters for its members.