…”We are on the same page” -Abdullahi

The Convener of the Northern Elders Forum (NEF), Prof. Ango Abdullahi has disclosed that the country needed good tidings from the 2023 elections, hence the need to strategise. 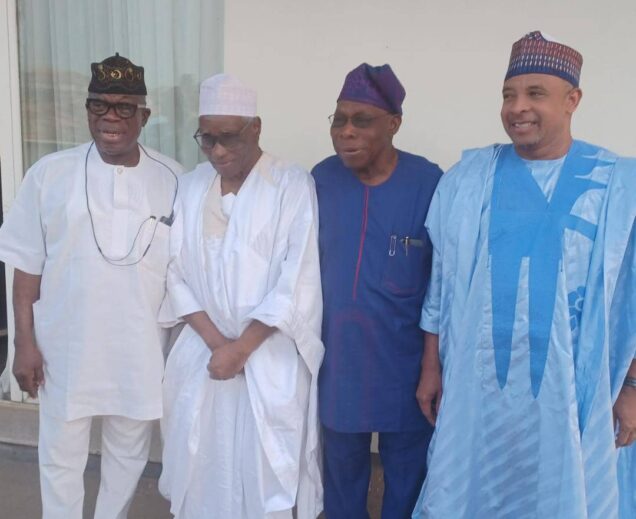 Abdullahi made this disclosure after about two hours meeting with former President, Chief Olusegun Obasanjo in Abeokuta, Ogun on Tuesday.

This was contained in a press statement issued by the Special Assistant on Media to the former President, Kehinde Akinyemi yesterday.

Accompanied by the Chairman, Board of Trustees (BOT), Coalition of Northern Groups (CNG), Nastura Ashir Shariff and its Director, Action and Mobilisation, Aminu Adam, Abdullahi said they were on the same page with the former President on discussed issues.

He stressed that in spite of their ages, they could still contribute to the society and the country, hence, “my coming to see him. I don’t want to stay away from him for so many months or years without seeing him, especially at this period.

“We have been having challenges and we have been talking on this. You are in the media and you know what we have been saying about the situation in the country. Things are not good enough and as we head for 2023, we hope to be strategising for the good of the nation”, he stated.