…Orders removal of all Nigerian flags from region

The proscribed Indigenous People of Biafra, (IPOB), has declared that there will be no Independence Day anniversary on 1 October in the south-eastern States of the country. 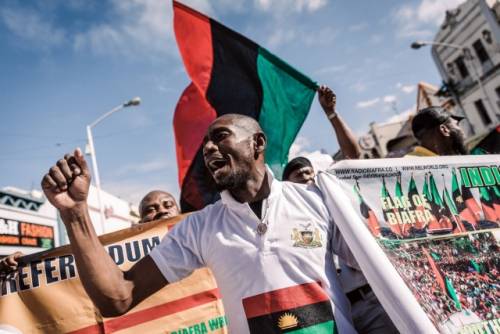 In a statement it issued yesterday, the outlawed group fighting for a separate Biafra Republic, said there will be a total shutdown in Biafra land “as a sign of our rejection of the evil construct called Nigeria and there shall be no movement in Biafra-land on this day”.

In a statement by its spokesman, Emma Powerful, yesterday, the group said the sit-at-home order was declared to celebrate Ambazonia Independence Anniversary.

Powerful also announced operation “no Nigerian flag” in all organisations in the region with effect from September 25, 2021.

It said banks will be asked separately to bring down the flag.