The Igbo apex socio-cultural organisation, Ohanaeze Ndigbo, yesterday told President Muhammadu Buhari that the Igbo nation is committed to the Nigerian project and desires a country that provides the South-East people the platform and opportunities to contribute their utmost best to the growth of Nigeria. 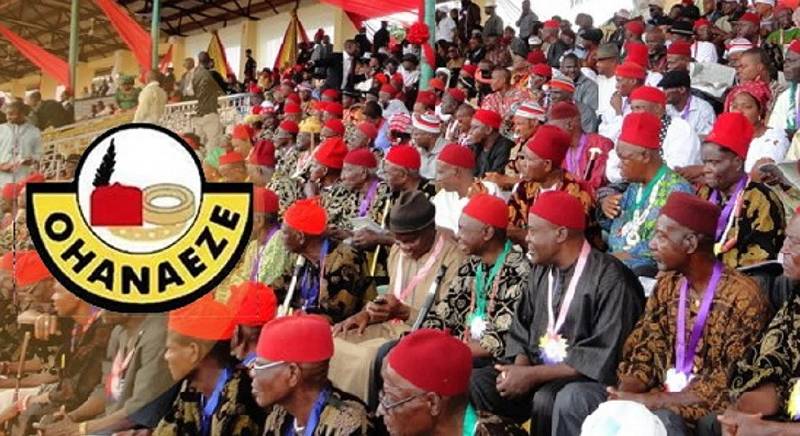 Its President-General, Ambassador George Obiozor, stated this at the luncheon reception of President Buhari during his one day official visit to Imo State.

The Ohanaeze also told the President that Ndigbo both at home and in the Diaspora seek justice, equity and fairness, adding that going and by their historical antecedents, they can claim to be the most federating unit in the country. The group’s president further told the President that insecurity and infrastructural decay were among the greatest challenges facing the zone.

Obiozor’s comments come at a time when some Igbos are seeking for the secession of the South-East geo-political from the Nigerian State. One of the arrowheads of the agitation for secession, Nnamdi Kanu, of the proscribed Indigenous Peoples of Biafra, (IPOB), has been in court facing terrorism-related charges. He later presented to the President a booklet, titled: “Journey so far”, which is a compilation of his public speeches as President-General of Ohanaeze Ndigbo Worldwide.

President Buhari had earlier inaugurated the 36-km dual carriageway of Owerri-Orlu road in the State. Buhari subsequently met with South-East leaders. However, other governors of the South East were conspicuously absent.