Draft regulations are being prepared which would ban meeting others indoors except for work purposes, it’s reported. 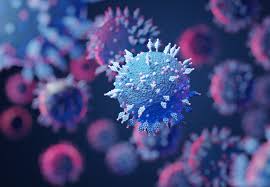 Officials are drawing up plans for a two-week circuit breaker lockdown after Christmas, reports suggest. The lockdown could include a ban on mixing, both indoors and outdoors.

Draft regulations are being prepared which would ban meeting others indoors except for work purposes, and that pubs and restaurants would be limited to outdoor service only, according to The Financial Times.

Meanwhile, it reported that Boris Johnson was presented with a number of options on Friday under a so-called Plan C, ranging from “mild guidance to nudge people, right through to lockdown”.

The newspaper quoted allies of the Prime Minister who claimed Mr. Johnson still wanted to go down the guidance route, but that he also had to be realistic about the threat of Omicron.

The BBC reported that the advisers had recommended moving to restrictions seen in steps one and two of the easing of lockdown restrictions in the spring. This included a ban on indoor mixing and indoor hospitality.

The chairman of the NHS Confederation, Lord Victor Adebowale, voiced support for a circuit-breaker, warning that a cautionary approach should be taken.