Vice-President Yemi Osinbajo, (SAN), has advocated that history teaches that everywhere there has been a national transformation, it has been brought about by public-spirited men and women of goodwill who have entered the public square to champion the common good. 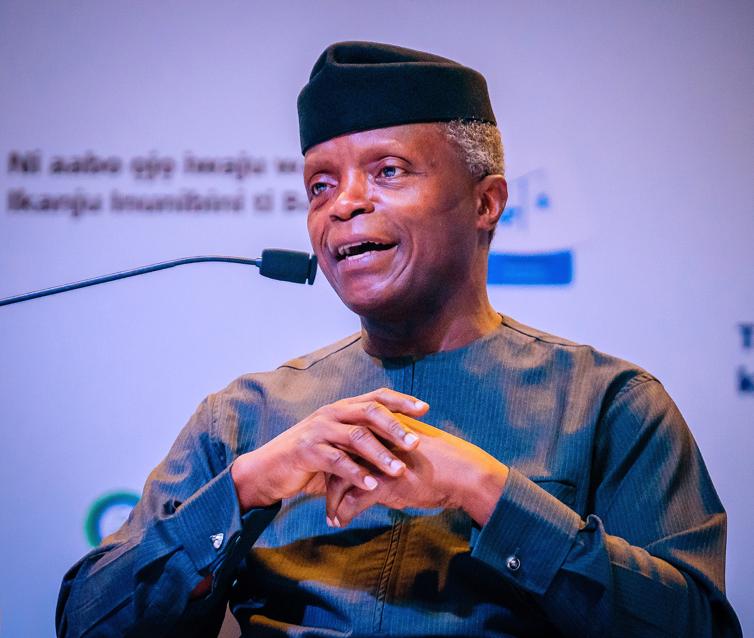 Osinbajo spoke yesterday, at the ‘1st Annual General Assembly of Catholics in Politics and Catholic Business Leaders’, in a rousing speech.

The VP highlighted the imperative of servant-leadership and transformational leadership at different levels in society as a force for the common good.

The Summit, otherwise known as the AGORA Conference, had the theme: “The Advancement of the Common Good towards Justice, Unity, Structure and Development of Nigeria”.

Speaking on the theme, Prof. Osinbajo was of the view that transformational leadership, particularly in a multi-ethnic and multi-faceted country like Nigeria, is needed across all levels of government and spheres of society, as its primary focus is the pursuit of the common good to ensure fairness, justice, unity and development in a nation.

According to VP “building credible institutions of justice, the rule of law and orderly society are crucial expressions of the pursuit of the common good.”

Recalling the words of His Holiness Pope John Paul II during his visit to Nigeria in February 1982 in an address at the State House in Lagos, the VP stated, “only the harnessing of all the forces for the common good, in true respect of the supreme values of the spirit, will make a nation great and a happy dwelling place for its people”.

The vice president, who stated that the common good as an imperative of public policy and governance was articulated by the second chapter of the Nigerian Constitution, said, “the challenge of actualizing the common good is coterminous with our quest to actualize the Directive Principles and Objectives of State Policy. Achieving both requires transformational leadership across all levels and spheres of our society.”

Highlighting why transformational leadership is critical to national life, the VP noted that it will spur positive changes across all sectors and spheres of society.

He added that as a model of leadership, transformational leadership operates by serving and uplifting others because it is servant leadership.

The VP noted that the “purpose of power is service, not domination; it is to uplift and empower others rather than to control or oppress. This is a model of leadership that is inseparable from our conception of the common good”.

Prof. Osinbajo also described corruption as a ‘cancer’, noting that “cancer in governments anywhere is corruption”.

He added that the pursuit of the common good must “involve a relentless pursuit of integrity and transparency of public officers, we must think through the systems that will reduce human discretion in public-facing institutions. So we must, as a collective, condemn and call out corruption and corrupt practices”.

Prof. Osinbajo also encouraged Nigerians not to despair, despite some of the challenges, but have hope and belief in the promise of a great nation while urging that Nigerians must be willing to pay the price to achieve national greatness by actively pursuing the common good of all, regardless of tribal and religious differences.