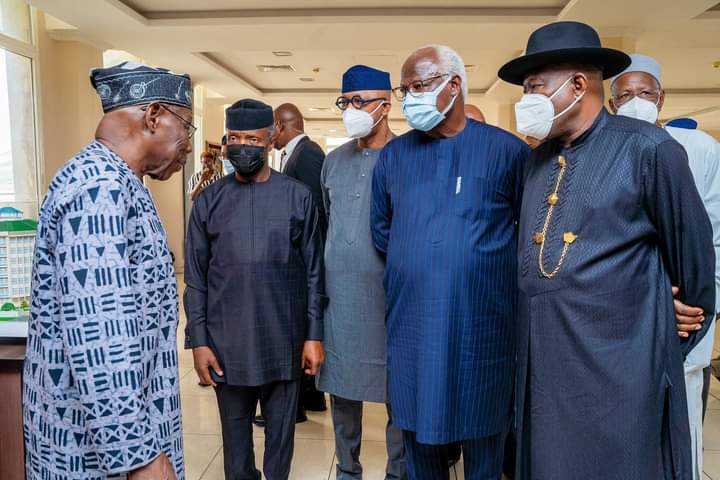 Obasanjo, who is the Chair, Coalition for Dialogue on Africa (CoDA) Board of Trustees, stated this at the opening session of a 2-day high-level dialogue organised by the group, which is holding at the Olusegun Obasanjo Presidential Library, (OOPL), Abeokuta, Ogun State.

Obasanjo, in his welcome remarks, condemned the military take over of democratically elected governments in some African countries, with a submission that democracy in West Africa and the entire continent needs attention.

He noted that Africa, nay West Africa, is passing through the most difficult periods as a result of political instability, while hinting that the only way the continent can grow rapidly is through a peaceful democratic process.

The nation’s vice-president, Osinbajo, in his Keynote Address, appealed to the Economic Community of West African States (ECOWAS), the African Union, (AU), and other organisations in the continent to brace-up and tackle the issue of political and economic instability headlong.

Osinbajo equally lent his voice to the former president’s position over military incursion into the democratic setting, describing the development as worrisome.

“The militarisation of civil society whether by local military regimes or rival foreign military-industrial complexes can only set us back by several decades.

“No matter how dire our circumstances may be, we now have concrete proof that resorting to extra-constitutional regimes is not the way forward.

“Our commitment to democratisation must be predicated on the aspiration of our people and not from the whims of foreign powers”, the VP added.